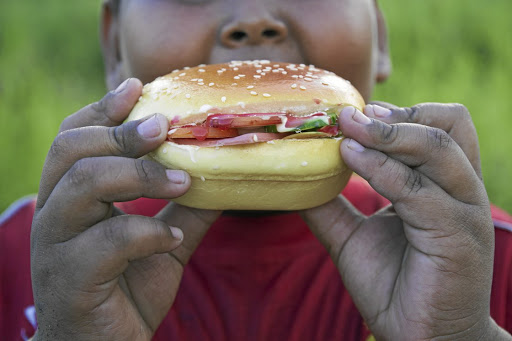 I was queuing with other patrons at my favourite pizza parlour in Bel Air last Saturday to take advantage of a buy-one-get-two special.

Pizza traditionally takes a while to prepare and the queue was growing longer.

We were growing impatient when in walked what looked like a whale on two feet.

Nowadays you'll be accused of fat-shaming but during my school days we routinely took the mickey out of a fatty boom boom.

One hapless classmate was teased for being obese and christened Holsum after the then popular cooking fat.

I could not take my eyes off the rotund kid and wondered whether it was genetic or a result of the malady of bad eating habits at home.

His face shone brightly when his number was called which was for two pizzas he had ordered. He proceeded to destroy them gleefully while we watched in amazement.

Child obesity has become a health hazard in this country in proportion with the rise of the black middle class.

As a result, we are now eating out more and junk food has become the currency during lunch and supper.

Health minister Aaron Motsoaledi introduced a sugar tax this year to try and combat lifestyle diseases that have wreaked havoc and brought healthcare under pressure.

This father won't let his daughter out in jungle on a wing and prayer alone.
Lifestyle
3 years ago

You would have noticed that beverage manufacturers have reduced the size of their containers while the prices remain the same.

For instance, 500ml has shrunk to 440ml while 1.5l bottles are gradually replacing the 2l bottles on the shelves.

In contrast, the Long Tom can of my favourite pilsener has ballooned to 500ml without any nutritional benefits except for the concomitant damage to my liver and kidneys, and the wallet.

I mulled whether I should approach the child and give him the Mandela lecture on weight gain.

Madiba famously pulled then rotund ANC Youth League president Julius Malema aside and warned him about his widening girth.

Juju heeded the advice and we've since seen a leaner leader although he hasn't lost his bellicosity.

The kid was immersed in his smartphone playing games as he wolfed down the Italian kota when his mother walked in, so holding my horses was the only sensible thing to do.

I was cautious that my advice might be misconstrued although I think a diet of veggies and nuts and physical exercise would do the lad a lot of good.

I may not be a picture of health despite my trim figure but bingeing on junk food is not my cup of tea.

Like Msholozi, I prefer my women on the chubby side. He once opined at his birthday party that he "liked his women with meat on their bones".

Be that as it may, I would urge all parents to wean their sprogs from TV games in favour of more outdoor activities for a healthier lifestyle.