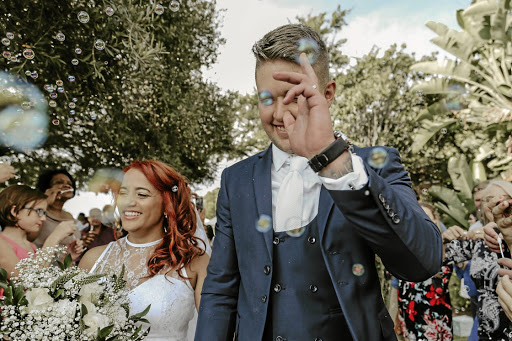 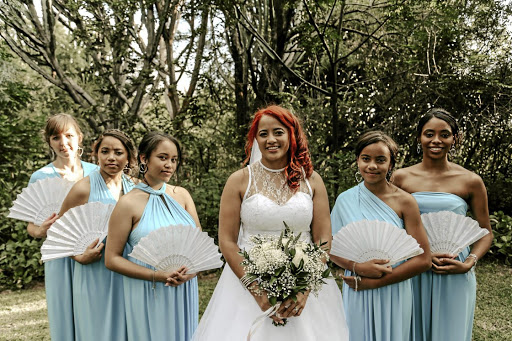 If Kirsten Wewers didn't succumb to her nagging friend, she may never have met the love of her life.

She met Werner Van Greunen at his family home in 2016. "A friend begged my sister and I to attend. At the party Werner was rather friendly. I wouldn't really say [it was] love at first sight but he kept us company for the evening. He then continued to invite us to other parties. On the third occasion I realised I liked him, but waited for him to make the first move as I wasn't sure if the feeling was mutual."

Kirsten who has a seven-year-old son, says her heart melted when Werner fell in love with her child.

"I knew he was the one when he accepted him as his own; nothing and no one would tell him otherwise," she says. Werner on the other hand fell in love with her motherly traits.

He proposed on Christmas Eve last year on the KZN south coast. "We were supposed to go to the beach, take a few family photos, however the weather spoilt the beach plan. When opening presents Werner's friend had a wrapped box which he said was a present from him and his family [mother, father and sister]. He then got down on one knee and proposed."

The wedding was held at La Montague resort near Hartbeespoort Dam in March this year. And Kirsten is thankful that although they come from a different culture and race, it was never an issue for either of their families or friends.

"There was some music, dancing, laughter and enjoyment. We tried to keep speeches short with only the bride's father, brother and sister [who was also the maid of honour] and the groom's father, best man and the groom saying something As it was our son's birthday, March 29, we also decided to do something for him by having a jumping castle and a Chelsea pinyada," Kirsten said. "I wouldn't do the planning over but I would do the marriage again to go back to the magical venue and [relive] the day again."

The couple who now work for the same company said although they see each other all day, it's still honeymoon stages.