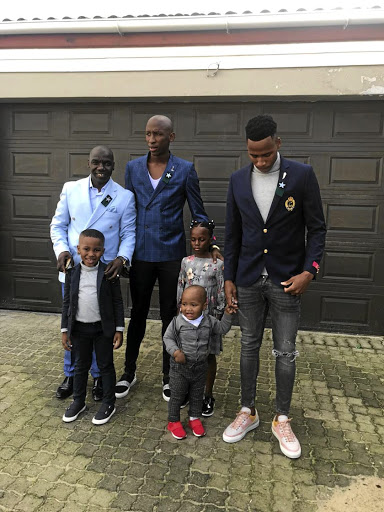 Mark Mayambela is one of South Africa's football darlings because of his talent but his behaviour off the pitch almost dimmed his career.

Mayambela, 30, has now turned over a new leaf in life and says it's all thanks to his close relationship with God.

The Chippa United dribbling wizard, affectionately known as Professor, told Sunday World from his Cape Town home this week that he has become a full member of the Zion Christian Church (ZCC).

The player, who once turned up for Swedish elite league side Djurgarden, says his days of partying hard are over.

"I am grateful to God for opening my eyes. If it wasn't through His grace, I would have long disappeared from the game like many of my peers. I am proud to be a member of the ZCC and this badge has helped to cleanse my bad boy image and made me a whole new person. Now I am guided by God's words and He is the shining light in my life and my career," he says.

The former Bloemfontein Celtic, Orlando Pirates, SuperSport United and Ajax Cape Town player says it was during the ups and downs in his career that his mother Lungiswa, 49, sat him down and persuaded him to join the church.

Mokhukhu singer says he sees God in the prophet.
News
3 years ago

"My mother has always been a member of the ZCC for as long as I can remember. She always encouraged us to go to church and whenever things went wrong in my career she would pray for me. She always told me that prayer was the answer to everything," he says.

"But there comes a time for introspection. I realised that I was my own worst enemy due to the bad decisions I took.

"I looked at the situation of some of the players who self-destructed, whose careers were cut short prematurely, and I took the decision that I didn't want to go the same route. Luckily it wasn't too late because many teams were still interested in my services," Mayambela says proudly.

He admits that one of the mistakes he made when he became a big star was to fall into the trap of material things.

"It is really sad because there is too much peer pressure in football. Once you play for a big team then people automatically expect you to live large. And, sadly, most players bow to this pressure and end up blowing their money. I drove flashy cars because most players also owned them."

He adds that the birth of his son Luphiwo Lonwabo, 6, was another eye-opener. He realised that he needed to act responsibly.

The player is now hoping that clubs in the PSL can assist their players to invest wisely for rainy days.

"But players also need to act responsibly and realise that this is a short-term career. More importantly, they should seek God in their lives to guide them," he says.

Mabunda thanks preacher for his blessings.
News
3 years ago
Next Article