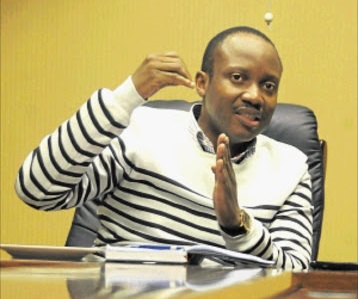 Tabane has been off air since Thursday following an apology he made to acting government spokesperson Phumla Williams after her testimony at the state capture inquiry headed by deputy chief justice Raymond Zondo last week Monday.

Sowetan understands that the radio station was yet to provide Tabane with reasons for the suspension, pending an investigation into the Williams comments.

Tabane on Wednesday apologised for having "been complicit" in the oppression of Williams by former communications minister Faith Muthambi.

In the Twitter post Tabane said he was ashamed of his role in the oppression of Williams, adding: "Sorry to Phumla Williams for having been complicit in your oppression by Faith Muthambi. I am ashamed . of any role I had in it. Ready to appear before Zondo to testify."

His apology came after his fellow public relations expert Chris Vick criticised Tabane for having worked for Muthambi at the time she was ill-treating Williams, who had on Monday testified at the state capture inquiry, accusing Muthambi of ill-treatment.

On Monday night the radio station said it will comment today.

"Unfortunately, we are unable to respond to the questions tonight..." said Power FM through its communications company The Communications Firm. Tabane couldn't be reached for comment.