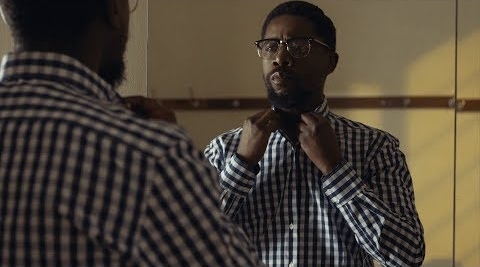 Atandwa Kani keeps raising the bar and reppin' SA in the States. His latest achievement is right on the mark with Mandela month‚ with the prince of theatre announcing that he is the voice behind Madiba in the newly launched The Prison Letters of Nelson Mandela.

The actor‚ who is still riding the high of having starred in the popular Marvel film Black Panther alongside his father and other Hollywood superstars‚ took to Twitter to share the news on Wednesday.

The book‚ which was launched on July 11‚ was published by Liveright Publishing‚ an imprint of W.W. Norton & Company.

It contains 255 of Madiba's handwritten letters‚ showing his unedited raw emotions from the period of his imprisonment - first on Robben Island right through to his ultimate release.

Atandwa provides the voice for the audio book. He shared the news with pride and thanked everyone who had supported him.

I remember recording those two, we all shed tears in the studio... the hardest letters to read... https://t.co/5YTIu44K8u

I played the young Madiba in “Long walk to Freedom”, was the Xhosa Assistant dialect coach on Black Panther, now the voice of the new “Mandela’s Prison Letters”... @NathiMthethwaSA Do I get a tweet?? 🤣

Atandwa's father and legendary actor John Kani shared his pride in a tweet. He said that he had been the voice behind both Nelson Mandela's Long Walk to Freedom and Conversations with Myself audio books.

I am a very proud father today. I did the audio for both Nelson Mandela’s Longwalk to Freedom and Conversations with Myself books. Today is the launch of Nelson M Mandela’s Letters - audio by Atandwa Kani in New York. Ayabela amaNtlotshana

The overflow of love for Atandwa poured from near and far.

We appreciate you Prince https://t.co/NTLsQyq0EH

Off the back of Black Panther's success, we talk black excellence with John Kani
S Mag
4 years ago

Nelson Mandela's words, deeds will echo for many more years to come

The entire world is poised to celebrate the 100th anniversary of the birth of the late global icon, Nelson Mandela. Madiba will be remembered for his ...
Opinion
3 years ago
Next Article