Nelson Mandela's words, deeds will echo for many more years to come 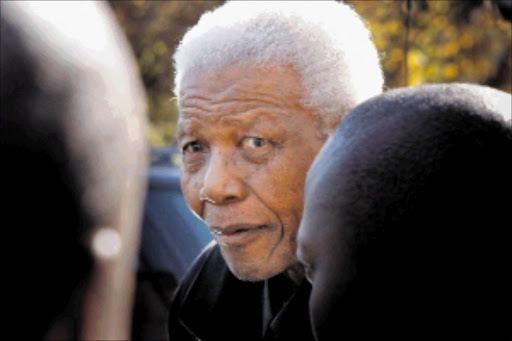 The entire world is poised to celebrate the 100th anniversary of the birth of the late global icon, Nelson Mandela.

Madiba will be remembered for his eternal optimism, he was respected for the honesty of his beliefs and the dedication he displayed in pursuing them. He understood the art of political compromise and he was a great president who considered it a privilege to serve. His deeds and words will echo as we struggle to build a new democratic order in 2019.

After his release, Tata reached out to the nation and the world at large, using not only his voice but his strength of character. During his years in office, he fought for equality and justice. In the end, we all gained a renewed sense of pride in being a "new nation".

The politics that Barack Obama believes in, the capitalist inclined, is true but reactionary to the poor masses.
Opinion
3 years ago

Madiba was the ultimate symbol of black pride and redemption. A 20th century titan, a towering figure on the world stage during some of the most momentous events in modern global history. Very few leaders get to change not only the landscape of their country but of the world. Madiba was such a leader, whose global impact was vast.

He restored grandeur to politics and lived to see a new South Africa built on concordance come true. We remember him not only as a stellar figure in the history of the country but also as the protagonist of one of the greatest episodes in history anywhere.

Madiba will remain an iconic symbol for centuries to come.