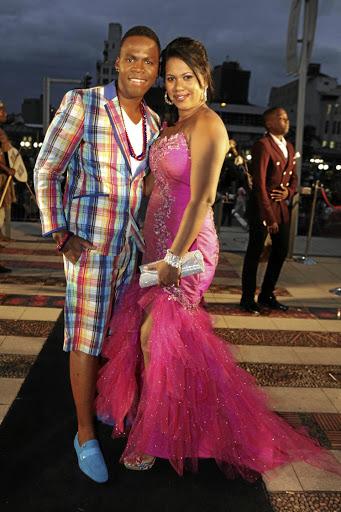 Alochna Moodley, 26, played right into his hands when she referred to two fellow Kulula passengers by the k-word in a WhatsApp message.

She has since apologised, blaming her lack of education about apartheid at school. She also lost her job.

Malema bizarrely cited the low rate of intermarriage between Indians and Africans as proof of this racism. "The majority of those Indians see us as subhuman," he said.

But marriages like this do exist and have overcome society's prejudice toward them.

Pop star Lloyd Cele and his wife Janice Cele, both 36 years old, have been proudly married for eleven years.

"I was a singer at a youth event in KZN and she came around. We spoke about our love for music and we had an instant connection. She played drums and guitar and was also a singer. I was fascinated by her love for music. I didn't realise she would be my future wife but there was a connection that was very deep, as if we knew each other from a previous life," says Lloyd.

It took him two years to ask her out on a date.

It goes without saying that EFF leader Julius Malema and his party is a classic political corrective.
Opinion
3 years ago

"I was too scared of what people would think if they saw us together. Back then people were very judgmental and relationships such as ours were rare compared to now. Eventually, I had the courage to ask her out. We went with friends. It didn't go very well. Our mindset had not adjusted yet. We were still concerned about what people thought of us when we were together.

"We didn't rush into anything. The more time we spent together, the more I got to know her family and vice versa. We eventually didn't care what people thought of us and focused on ourselves and building our relationship," he says.

He remembers how people looked at them and how uncomfortable it made them feel.

"Most of the times it was so uncomfortable that we couldn't hold hands in public."

They dated for four years and married in 2007 at hotel Izulu, in Ballito.

"I had a conflict with Jan's dad, in fact, I thought he was racist, but he was just being overprotective. We never used to talk or see eye to eye and it took time to gain his trust. I had to adhere to all the curfews he gave me. When he saw that I genuinely cared for his daughter, he gave me his blessings.

"I remember my wife once standing up for me against her father when we were just engaged, at that moment I knew for certain this was the woman I would marry," he gushes.

Julius Malema repeats statement that ‘most’ Indians are racist

Economic Freedom Fighters leader Julius Malema has thrown down the gauntlet to Indians‚ reiterating controversial comments that “most” are racist.
News
3 years ago

In order to overcome outside prejudices they had to change how they thought of each other.

"It wasn't easy. Fortunately we were both brought up in Christian homes that taught us that people are all the same, despite the colour of one's skin."

The couple who since have three adorable kids. Levi (9), Zoey six, and Kingsley who is about to turn one year - say the secret to a happy cross race marriage is to talk about differences and compromise.

"Our children don't see colour. They understand who they are and who we are. It's beautiful how they love so purely and sincerely. I pray the world would see through the eyes of children. We teach them to love and respect everyone equally."

He says people like Malema should refrain from making hurtful statements.

"It hurts me more to see that he is this way. I spent many years in an Indian community in Phoenix, in KZN and I beg to differ about Indian people being racist. They accepted me as their own. My neighbours took care of me when my parents were not around. I'm not being biased because I married into the community but I spent over 15 years with them. 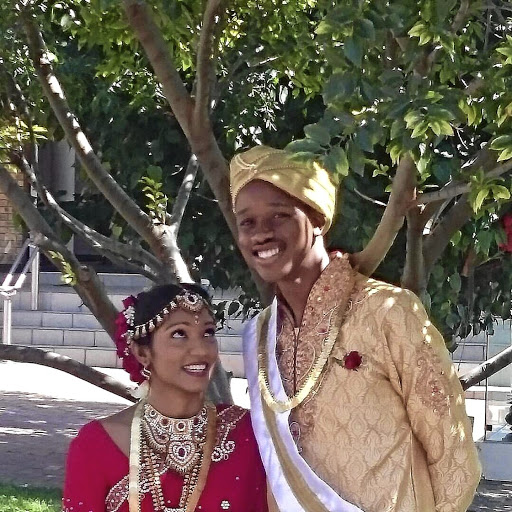 (35) Merishka and Keorapetse (29) Chakela are a new-age couple who care very little for people who thump their noses at their mixed union.

Keorapetse is the son of businessman and music promoter Joe Chakela.

The couple married last year after dating for six years, saying they never sought approval because it was simply too cumbersome. "We didn't care whether anyone accepted it or not. Our point of view was that whoever couldn't accept our happiness was not worth the energy," Keorapetse says.

"We were both seeking new adventures and worked at the same place. Both born in South Africa, we felt it was important to disclose our relationship very early to our families so that we could get a feel for the possible battle ahead and whether what we felt for each other was worth it. Our families reacted well," he says.

"There were some reservations because we met in a foreign country, with different cultures and backgrounds, and I think that most people fall into stereotypical ideas of who people are simply based on their own past experiences.

"But once you overcome that barrier, love is what takes over. The first time I met Merishka's father was when I asked for her hand in marriage, and he said 'yes'."

The two married in lavish ceremonies in March last year.

EFF leader Julius Malema has made a number of sweeping statements aimed at racially stereotyping all Indian South Africans. I am not surprised by ...
Opinion
3 years ago

"We had three weddings in seven days. We had a Sesotho wedding which involved her being dressed in traditional clothing and a few rituals like sleeping over at the house of the groom on the night of the wedding. Then we had the Hindu wedding at a temple which involved a lot more rituals which we enjoyed as well, because we saw these rituals as an opportunity to learn more about each other and where we come from.

"Honestly, we're not very cultural or religious people, so we have never had to compromise in that department. The secret is to keep an open mind because you come from different backgrounds and to remain yourself. Being in a mixed race relationship is about just being in a relationship," Keorapetse says.

"I am attracted to her because she expects nothing from me. I don't have to act or behave a certain way in order for her to accept me. She loves me unconditionally, and that is super attractive," he says.

The couple says society will always try to force its rules of conformity on you, but you have to do what makes you happy. 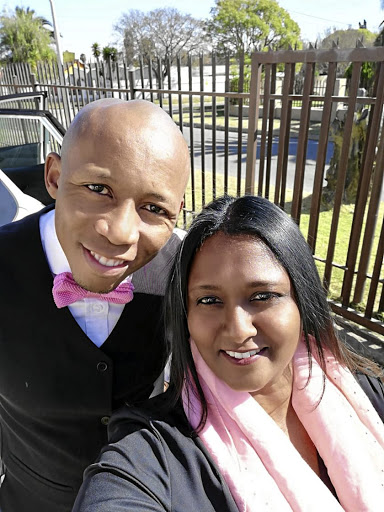 Vincent Tebogo and Liviana Moeti have been married for 16 years.

The couple from Florida Lake, west of Joburg, explain that Tebogo has become the blue-eyed boy of the family. But everything wasn't always so rosy.

Liviana, originally from Durban, met Tebogo, from Parys, at a church in Joburg where her father was the pastor.

Tebogo, who was a student at Wits at the time, stayed with her family for a short period.

"We'd walk together as he escorted me to work in Auckland Park and continued to Wits.

"Feelings developed. One day he came into my room and kissed me suddenly. I was shocked and nervous that my dad would catch us. That was on May 9 and I told him we would never work out, but two days later I decided to date him," she laughes.

In order to please her parents, she and Tebogo agreed to tell them after dating for four months under the radar. But her father would have none of it.

"My dad was set in his ways and said no. But I had already fallen in love and saw him on the side. We would meet at a friend's place.

"In the third year of our relationship I fell pregnant," Liviana said. A work colleague she confided in informed her parents of her pregnancy.

"I denied it to my mom, who insisted on going to the doctor. But on the way there I stopped at Tebogo's place. My dad had a really bad temper. I had to come clean with them and he wasn't impressed.

"He asked how it happened and became angry. Looking back I don't blame him. They grew up in a different time but they were never racist - they just didn't understand my choices. I was also their eldest daughter."

Tebogo's family were more understanding. The couple were then asked to marry.

"My mom had a surprise baby shower for me when I was seven months [pregnant]. I didn't want to marry simply because I was pregnant, but because I loved him. My daughter, Lucretia Mpho was born earlier than expected and our families finally came together. She was the blessing that cured all hearts. We married in October that year."

They lived apart until they could afford a place of their own.

Liviana remembers some family members using derogatory expressions towards Tebogo, but says they now love him the most.

"We had two more girls. They both have black names, in respect for his Sotho background. We follow the Christian faith. My children each identify as black, coloured and Indian - it's wonderful and my extended family have become a whole lot more tolerable of our relationship. People still stare at my multicultural family, but it doesn't faze me. I married him because he is a good man and he is an even more wonderful father. He always has my back."