From day one, Vivian was the one 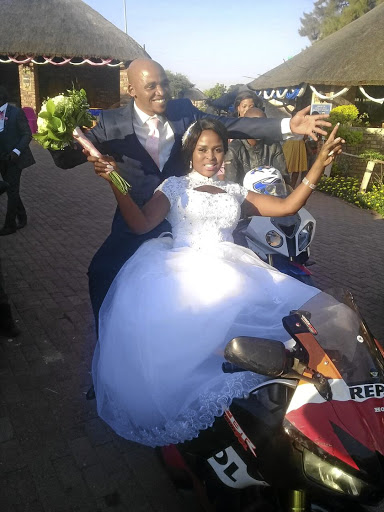 Simon's patience paid off when he ultimately married Vivian.

Vivian Matlala's husband Simon knew from the moment he met her that she was the one. Vivian, 33, was in Grade 11 in 2003 walking from school with his cousin when he saw her.

"He says he knew from that moment I was the one for him. In 2010 he called me but I couldn't remember him, so I asked that we meet. I still didn't recognise him."

They became bosom buddies and a few months later he proposed. "I was still not interested," she said. Simon, two years older than his crush, remained patient.

A month later, it hit her that she had developed feelings for her friend. "When I got home I confirmed with myself that I love him, so I texted an SMS saying, 'love has no price, you know what? I love you'."

Two years later they were blessed with a baby boy and in December of the same year, her husband paid damages.

Romance began with sip of drink for lovebirds.
Lifestyle
3 years ago

In 2013 Vivian was invited to a bogus family gathering event. ". then I saw him take out the ring and he asked me to marry him . the engagement made me so happy because I realised he had always been serious when he said he loved me ."

In December her husband paid lobola, which in Pedi culture meant they were officially married. They moved in together and had their second child in 2016.

After eight years together, Vivian says she is still amazed by the commitment he has shown from the day they met.