Proof that there's plenty fish in the sea 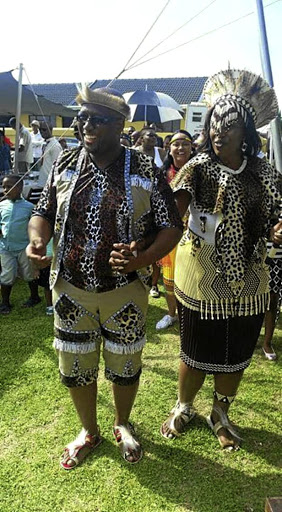 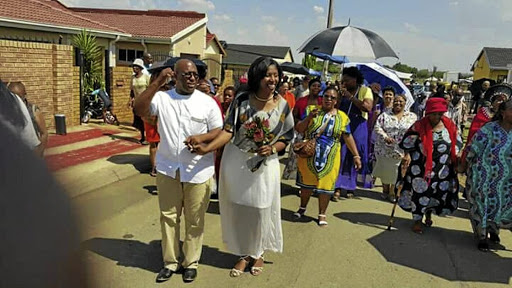 Mishell, who grew up in Eersterust, Tshwane, says when she met Brian from Kwa-Thema in Ekurhuleni she asked herself: "Is this a fairy tale or could this be true?"

The two divorcees met on a cruise five years ago. Mishell (47) had taken her children on a holiday while Brian (46) was spoiling his mother and son.

"Three years prior to December 2013 I divorced my children's father and the separation took its toll on all of us. I planned the cruise on the renowned MSC Sinfonia."

She had no idea she would meet her "soulmate" on board.

Mishell says she was having a blissful time, enjoying the sun's rays and reading a book next to the pool on day one.

But on day two she met Brian. "We literally walked into each other on the upper deck of the ship. It was a weird feeling, the disbelief that I walked into an eligible bachelor.

"I was walking past him after checking up on my daughters who were relaxing on the deck.

"He introduced himself and didn't let go of my hand. I felt comfortable in his presence and I was at ease when he asked questions."

Brian asked her out on a date.

"We couldn't call each other as there wasn't a cellphone signal on the ship, so we set a time to meet at reception.

"We spoke for hours and this was also where he told me he was accompanied by his mother and son. He wanted to give them a trip they would never forget."

Their first date went smoothly and they spent the rest of the trip together.

When she met Brian's mom, she was told the gogo had prayed for a miracle.

"She saw me on day one of the cruise and she liked me. She told me she prayed to God that if I'm available, God should orchestrate for me and Brian to meet. When she saw us together on day four, she went on her knees as her prayers were answered."

The two dated for a year and finished the lobola process within six months.

Convict meets his dream woman behind bars.
Lifestyle
4 years ago

"He proposed by telling me he's going to send his family to my family for lobola negotiations. I'm coloured so my dad didn't want lobola, but I approached my uncles to assist as not to be disrespectful to the gesture."

They were married on December 19, 2015 with guests asked to wear traditional attire.

"The wedding was in Kwa-Thema. The irony of the story is that the Radebe elders named me "M'Ntambama", which means late afternoon.

"It's a special name because it was Brian's great-grandfather's name, plus we met in the late afternoon," she gushes.

There were some initial difficulties in amalgamating the families, but the four children from previous relationships - aged between 12 and 23 - gave their blessings for the union.

"I'm with my soulmate and forever grateful that I went on that cruise."