Even Trevor Noah was shocked by Pusha T's investigation into Drake! 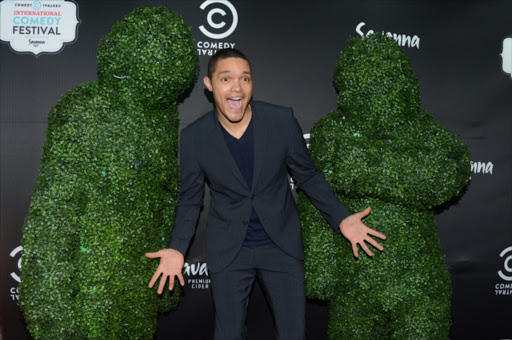 When Drake pushed back at a mere diss line in Pusha T's Infrared‚ the world didn't think he would come back with a blow that would change the current "hip-hop beef" standard and Trevor has hilariously pointed out why.

While Drake's Duppy Freestyle was a standard diss track with just enough punchlines‚ Pusha T pulled out all the stops with research that goes as deep Drake's teen years.

The Story of Adidon disses Drake with hardcore bars about everything and anything.

The song not only direct shots at Drake but at his mom‚ dad‚ ex girlfriends‚ producer and alleged "illegitimate son" with an ex-porn star that Drake is apparently hiding among many other real life things‚ in the most hurtful way.

RiRi to release a reggae album and denounces Drake's friendship

Rihanna revealed that she and her ex beau are not on the greatest terms at the moment.
Lifestyle
4 years ago

While the world is still reeling from everything that has happened‚ Trevor just wanted to know who helped Pusha with the research. He was shocked at the commitment the rapper gave to the diss track.

"I was just there like‚ wait what? I've never ever seen this. Like it's a level of investigation that has gone into rap... This is the kind of investigation reserved for presidential campaigns.

"Drake discovered he has new family members in a rap beef‚ that is next level‚" said Trevor.

Watch his funny reaction below.