LISTEN | Mshoza opens up about her obsessive-compulsive disorder 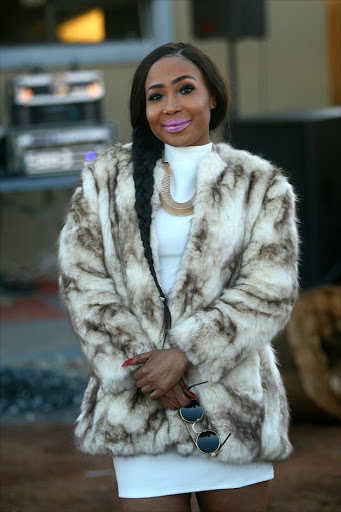 Mshoza has opened up about dealing with the pressures of being a star‚ which has had a negative effect on her health and has her writing everything over and over again.

In a chat with Helen Herimbi of I(m)bali podcasts‚ Mshoza revealed that dealing with stardom from a young age resulted in her being OCD.

"I have this thing called obsessive-compulsive disorder (OCD). I've always had it and mine is stupid. I'm always writing. If you go to my house there are all this A-4 books. If you turn the pages you will find that I've written the same thing page after page. So I'll write the same things page after page‚ until I am tired and I sleep."

An obsessive-compulsive disorder is an anxiety disorder in which time people have recurring‚ unwanted thoughts‚ ideas or sensations (obsessions) that make them feel driven to do something repetitively (compulsions).

Mshoza said she was lucky in that she decided to write out her goals whenever she felt the urge to write in her books.

"I wrote my dreams‚ my future. I can't say that I predicted because I wrote things that I was going to do‚ not things that I wished. It started when I was young‚ so as I grew up‚ I grew up doing the same thing and my mom used to say‚ 'you need to see a doctor‚ there's something wrong with you."

A doctor was called in last night as her close friends feared she may be getting worse.
News
4 years ago

Mshoza said when she was young she would write about how big of a superstar she would be. She said before she knew that she was constantly affirming her dreams through her writing‚ a result of her OCD‚ she was already a child star.

Since then Mshoza has released chart topping songs and has equally been at the centre of controversy‚ with everything from skin bleaching to abusive relationships. Soon after her mother died last year‚ she revealed that she was struggling with depression.

TshisaLIVE has been told that Mshoza was not coping since her recent break up with her estranged husband Thuthukani Mvula. She had to see a doctor on Tuesday night and has postponed her national tour in order to recover.

Police have confirmed to TshisaLIVE that Thuthukani was arrested on charges of assault and released on R5‚000 bail.

"She's not coping well. She hasn't been eating and she's really falling apart. The doctor attended to her last night because she gave us quite a fright. She's been shaking a lot but she's better this morning after seeing the doctor‚" an insider told TshisaLIVE.

In the podcast‚ Mshoza talks about her journey in music‚ her past relationships and longevity.