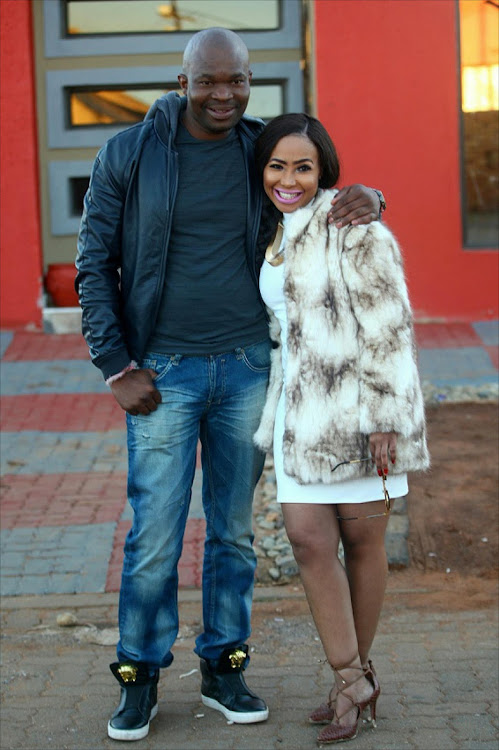 As the walls of what appeared to be a fairytale ending for Mshoza are stripped away‚ insiders have revealed that not only is Mshoza apparently fearing for her life but her health has suffered and a doctor had to make a house call on Tuesday night.

People close to the situation told TshisaLIVE that Mshoza has been shaking uncontrollably and in a "trance state" for the past couple of days. They said a doctor was called in last night as her close friends feared she may be getting worse.

"She's not coping well. She hasn't been eating and she's really falling apart. The doctor attended to her last night because she gave us quite a fright. She's been shaking a lot but she's better this morning after seeing the doctor‚" said the insider.

The insider said Mshoza claims that her husband‚ Thuthukani Mvula was allegedly abusing her for a long time.

Last week Daily Sun first reported that Mshoza fled the home she shared with Thuthukani amidst assault and cheating allegations.

Mshoza's manager Thanduxolo Jindela confirmed to TshisaLIVE that Mshoza has been having a hard time but said that the law should be allowed to take it course.

"Couples fight everyday and it's really unfortunate. Now that this is out in the public‚ I think we should give them time and allow the law to take its course."

On Tuesday‚ police confirmed to TshisaLIVE that Mshoza's husband‚ Thuthukani Mvula was arrested on charges of assault and has been released on R5‚000 bail. Police spokesperson Sergeant Mmako Mophiring said Thuthukani had been cooperating with police.

"He handed himself over at the Phuthaditjhaba police station on Monday. He appeared in court shortly after that. He was granted bail of R5‚000 and was told to reappear on May 28. In the meantime‚ we are continuing with investigations."

Thuthukani's bail conditions prevent him from being in contact with Mshoza.

Kwaito star Mshoza's husband Thuthukani Mvula is out on R5 000 bail.
Entertainment
4 years ago
Next Article