'I am not a grandfather' - Menzi Ngubane clears the air 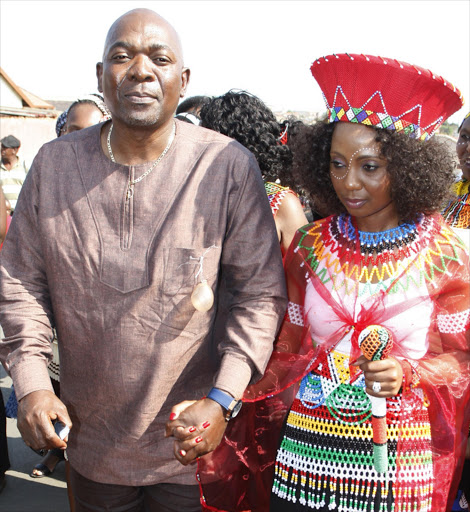 Menzi Ngubane has rubbished rumours that he is a grandfather‚ saying that a young girl who gave birth‚ reported to be his daughter‚ is not his child.

Ngubane told Move that fake news accounts of him being a grandfather had upset his family.

"I don't know about this whole mess. Me and the mother (his former wife‚ Lerato Sedibe) of the girl in the clip parted ways a long time ago."

He said that he was happy in his relationship with his new wife‚ despite the usual ups -and-downs of married life.

He said he was looking forward to being on screens some more as the character of Judas Ngwenya on Isibaya. Which means more Ngubane on our TV box.

"I've signed on for another season. I was meant to be there for one season but now I am starting my third season. That means my bosses are happy with what I am doing. I'm also happy".

Speaking about his role to TshisaLIVE‚ Ngubane said that his return to TV came at the right time.

Although he is shy to spill the tea‚ Ngubane said that he is preparing to step behind the camera to produce shows in the future.

Former Isibaya actress Florence Mokgatsi announced the birth of her baby last week with an Instagram post. "And there was light. Hello my angel, ...
Pic of The Day
4 years ago

Sexy Mngqithi is well received on debut.
Entertainment
4 years ago

How Isibaya star Michelle Mosalakae is breaking the mould with Revlon