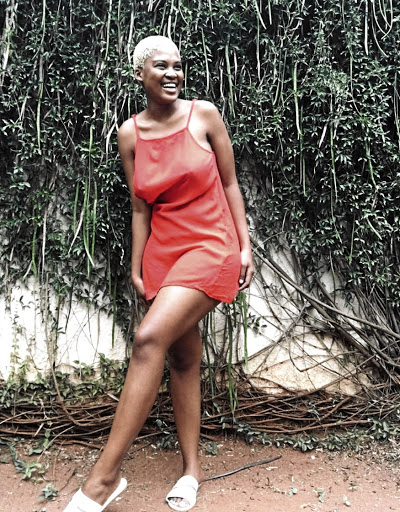 Mngqithi, 21, plays the role of young rebel, Pleasure, who sports blonde hair, smokes, drinks and does whatever she likes whenever she wants to.

"People seem to love my character. It's a character that liberates women. She is doing something new, which is standing up for herself and do whatever she wants. I think that is why people relate to her," she says.

The curvy beauty was born in Umzimkhulu, southern Kwa-Zulu Natal, but was raised by her mother and grandmother in Lamontville, south of Durban.

She only moved to Johanneburg a month ago when she started filming for Isibaya following her audition a few weeks earlier.

Mngqithi studied camera and editing at Afda college in Durban but dropped out in third year due to personal reasons.

Asavela Mngqithi, who plays the 'gritty' character of Pleasure on Isibaya is a sexy siren in real life.
Pic of The Day
3 years ago

She says her passion lies behind the camera and that's what she plans to achieve in her career.

Isibaya is her first big break but she has already stolen the hearts of viewers around the country.

"Isibaya is my first acting role. It has been challenging but I have been enjoying everything
so far," the talented beauty says.

"Asavela is a very outspoken person. I am out there, vulgar or not. I am openminded and I love the adventure."

Her carefree and bubbly personality has gained her popularity on social media for posting sexy pictures of herself, mainly on Instagram, making her a force to be associated with for brands.