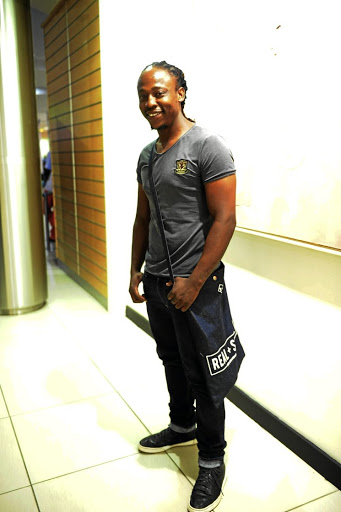 It also adds to a broader narrative by shining the spotlight on rich men who use their wealth and influence to prey on young and vulnerable women and use them as drug mules in exchange for money and lavish lifestyles.

"Musa is dark and corrupt; he comes across as an angel but is actually the devil. He shows that not all that glitters is gold," said Mokhethi.

The It's Gospel Time presenter said he enjoys playing the character because it's not like other roles he has played before.

"People still remember me as Samuel on Generations, so Musa gives me a chance to play a villain and a multi-dimensional character," he said.

However, the former 7de Laan actor admitted that, to some degree, Musa's dark character mimics a reality that Mokhethi once lived.

"In 2013 I lost my mother and my younger brother in a car accident. My brother was driving when they were hit by another car and they died on the spot," he said.

His life began to unravel as he had just buried the last of his immediate family.

"My mother and I were so close that we referred to each other as friends and my brother was like a son to me because we had lost our father in 1999, so I was doing all the fatherly duties," he said.

"2014 was the worst year of our lives, my wife and I. I realised I was in a dark place when I started hurting the only person I love the most in this world. I became physically abusive to my wife and because of that I almost lost my family until I realised I had a problem that needed to be dealt with," he said.

Desperate and not wanting to lose his wife and three children, he sought help and started seeing two therapists at the same time.

"When I hurt my wife I realised I had to change. So, I opened myself up to therapy because I value peace and love and joy. I knew therapy works because it had worked when I was in rehab for drugs many years ago.

"I also spoke to my pastor at church because I had guilt, shame and doubt. I wondered if God knew I even existed," he said.

"My relationship with God saved me and now my wife is my best friend and I want to thank her for giving me a chance to change my life." 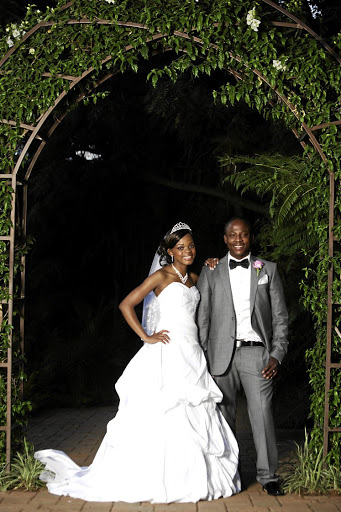 His struggles have taught Mokhethi to take accountability for his actions and that it is okay to seek help.

"The problem is that, as black men, we don't like therapy, we see it as a white thing. It's important that as men we get the help we need. My wife and children, who are four, eight and 12, live by the saying 'take accountability and do good, because it's the right thing to do'," he said.

Now that his personal life is in order, so is his professional life. The actor said he is at a place in his career where he does not audition for roles.

"I didn't audition for my current role, I was sent the brief and told the role is mine and I'm grateful to the team for trusting me," he said.

Mokhethi's wife, Gaaratwe, said: "I was not in his life when he battled with drugs but when he lost his mother and younger brother, we were together. It was a difficult time for both of us because they were such a pivotal part of our lives.

"My husband has always been keen to get help, so that's part of the reason I stood by him. I also knew that he was acting out of character and that he needed help."

How Thabiso overcame drugs and depression

Thabiso Mokhethi, 36, has been to hell and back but now he's in a professional seventh heaven, thanks to rehab.

The gifted actor, who plays Musa in e.tv soapie Rhythm City, suffered depression after losing his mother and brother in a car crash.

As a result of his meltdown from the loss, he physically abused his wife Gaaratwe and his marriage was nearly ruined.

But, according to the TV star, this was not the first time that he'd found himself in a dark hole.

Mokhethi said he took refuge in a drug rehab centre after an adventurous teenage life.

"That is how I started out in entertainment. After I got help in rehab, I focused, changed my life and became a professional artist through God's grace.

"I was hooked on different types of street drugs at that time. My life was out of control and I did not care about anything except getting my next fix.

"I had my first cigarette in Grade 8 at a boys-only high school. In a short space. I was offered weed by one of the bigger, cooler guys and because I wanted to fit in with the cool crowd and be accepted as one of the guys, I tried it."

Mokhethi said his mother realised he was misbehaving and stepped in to help.

"My mother got me committed to Sanca voluntarily for a month and a half. We couldn't even afford it but Cathy Vos, the director of Sanca Horizon at the time, decided to take me in nonetheless.

"She said she saw something special in me and if I chose to commit myself to the programme and therapy, I would be one of the greatest people the world has ever seen. That motivated me.

"It was in rehab that through a mixture of faith, therapy and hard work that I was able to change my life positively.

"I got my first TV gig and started growing in that field."