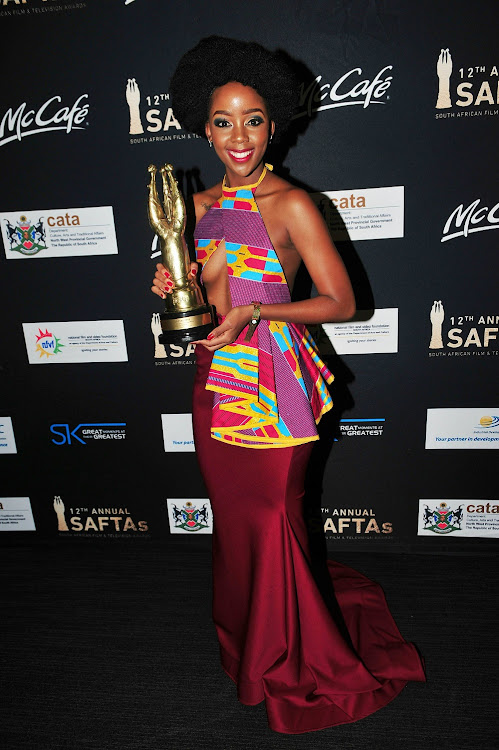 Even though she didn't bag the gong, she rubbed shoulders with some of Hollywood's A-listers at the prestigious ceremony.

Now Mbedu, 27, is taking another giant leap in her blossoming career and this time into Mzansi's biggest soapie Generations: The Legacy.

The talented actress, who won at last night's South African Film and Television Awards (Saftas) for best actress in a TV drama for her sterling portrayal of Winnie in Mzansi Magic's telenovela Isithembiso, has tried to keep the latest titbits about her impending move to Auckland Park under wraps.

But well-placed sources at Generations said the star was informed a week ago that she would be joining the show as one of the lead characters .

"This is hush-hush at the moment but she's definitely joining the show and she's happy about her latest feat because she's now on a bigger platform. This means she's going to become an even bigger star.

"Thuso will be replacing Thulisile Phongolo and Andisiwe Gweba whose characters have been written off the show," said one source.

Another insider said even though Mbedu's on-screen name has not been finalised yet, the character is "exciting and she's going to bring a lot of drama to the soapie".

"Her character will be affiliated with the Moroka family and Jack Mabaso, so that will be interesting. The fact that she's already a household name and she's young is a bonus because she's going to give the show some life."

A third source revealed that Generations' producers were impressed with her work, so much so that she didn't go through the normal gruelling auditions.

"She just did one screen test and the job was hers. That's how much the producers loved her. She starts shooting soon and will start appearing in the next two months."

Sunday World's attempt to solicit comment from Mbedu drew a blank. Generations publicity manager Gaaratwe Mokhethi said she wasn't aware of Mbedu's recruitment to the popular SABC1 soapie. "All I can say is that I know about Thulisile Phongolo and Andisiwe Gweba who are leaving us. As for Thuso, I don't know anything about it."