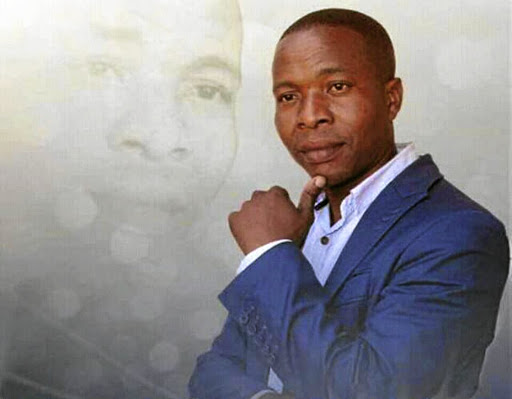 Phineas Ngoako Maenetja's body will not rest in peace just yet after his 'wife' interdicted his funeral.
Image: Supplied

The funeral of popular Limpopo gospel artist Phineas Ngoako Maenetja was abruptly halted last Saturday after his "wife" obtained a court interdict to prevent his mother from burying him.

Maenetja, who died in a motorbike crash a fortnight ago, was supposed to have been buried next to his ancestors at Ga-Molepo village outside Turfloop by his mother Rachael Mosibudi Maenetja.

But, Maria Ngwale Mokgotho, who claimed to be his wife and the mother of his two children, prevented her from burying him with a court interdict she obtained from the Limpopo High Court on the eve of the funeral.

People from all walks of life, including gospel artist Conny Lamola, who gathered at the artist's home to pay their last respects, were forced to disperse when Limpopo Artist Movement chairman Mphoza Mahlabela announced - at the request of the singer's parents - the cancellation of the funeral.

Maenetja's mother has since filed papers with the court to appeal the verdict and the matter will be heard in the same court on Tuesday March 27.

Mahlabela confirmed that Maenetja's funeral was cancelled pending the outcome of the hearing.

He described Hugh as "an incredible man"‚ who never thought of himself as a superstar.
Lifestyle
3 years ago

"It was really an unfortunate incident because it was all systems go.

"The family had slaughtered cows, food was prepared, programmes were drafted. So the family requested me to inform the mourners to disperse because there was no longer going to be a funeral," he said.

Mokgotho confirmed she interdicted Maenetja's funeral and claimed she was his customary wife and had the right to arrange his funeral service, and not his mother.

She said Maenetja paid lobola for her when he wanted to buy a plot at Ga-Thoka village near Turfloop in 2012.

Mokgotho said Maenetja had vacated their matrimonial house last year when she obtained a protection order against him - which we have seen - at the Mankweng Magistrate's Court after he allegedly moered her.

"He returned home in September last year and we became happy again until his untimely death.

"I was shocked when his mother said I was not his wife but his girlfriend.

"All I wanted was my husband's body to pass our home in Ga-Thoka before we could take it to Ga-Molepo where they wanted to bury him ... but they refused, that is why I obtained an interdict to stop the funeral," she said.

The artist's sister Anna Maenetja sent us from pillar to post when we contacted her for comment.