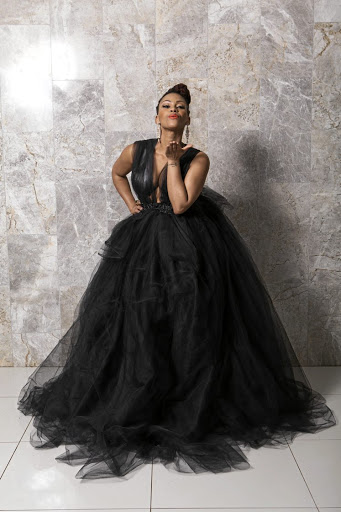 Actress Letoya Makhene is back on Generations: The Legacy to spice things up.

She returns after giving birth to her fourth child with partner Tshepo Leeuw.

Portraying villainous Tshidi Phakade on the SABC1 soapie, she is the pinnacle of super-bitch thanks to the underhanded tricks she always has up her sleeve.

Tshidi has done it all - from passing off her brother Tau Mogale's (Rapulana Seiphemo) baby as her own, to gas lighting her arch-rival Nandi Mabaso (Brenda Mhlongo).

"The week leading up to going back to work, I was having separation anxiety. I don't know if it's age or what's going on but it was a difficult transformation," Letoya shares.

"Fans can expect more drama, more adventures and more bedroom scenes. We are also going to be exploring the sibling rivalry between Tau and Tshidi."

The 33-year-old traditional healer holds the controversial Mamlambo storyline in 2016 as her favourite. The storyline saw her character practising witchcraft with a snake that gave her power.

In one memorable and raw scene, a blood-soaked Tshidi emerged looking like Sissy Spacek from the 1976 cult horror classic Carrie. Instead of Carrie's telekinesis, her weapon of choice was an
albino python wrapped over her neck.

"That storyline challenged me in ways unimaginable. It challenged me because spiritually I'm a traditional healer, but I never go into the dark side," she recalls.

"It was difficult because I feared that it would tarnish my reputation. I feared people making the connection that 'she's a sangoma, so it's her thing'.

"Above all, I wasn't ready to work with a snake. I was very close to handing in my resignation ... but then I went into a moment of prayer asking for the courage to carry the story.

"It was just a moment of me realising how strong I am, because I was able to overcome my fear of snakes."

Letoya points out that she has not been practising as a traditional healer since last year because she "took some time off to have the baby".

She adds that she is in the process of setting up her practice once again.

She reveals that as a public figure that is also a traditional healer, her biggest challenge has been landing endorsements.

"Big corporate companies will always think twice before giving you an endorsement deal because of my spiritual practices. But it's not anything that really concerns me," she explains.

On the show, Makhene has had many steamy on-screen love affairs with leading men such as Vusi Kunene, Vuyo Dabula and Moopi Mothibeli.

Her favourite has been Mothibeli, who plays bad boy Smanga Moroka.

Their characters briefly heated up the screen last year and their love scenes were filmed when Letoya was pregnant.

"I remember I worked with him in the time I was pregnant and not once did I feel unsafe with him," she says.

Letoya started in the arts industry as a musician at the age of nine.

She garnered popularity in 2003 as the host of season two of music show Idols SA, alongside Colin Moss.

After a public hiatus, she returned with the role of Ayanda Diale on Isidingo in 2011.

Letoya is currently working on new music and has just released her single Qinisela.

The song was co-written and produced by her father and veteran musician Blondie Makhene.

"One lesson I learned from my father very early in my career, when he was grooming me that I'll cherish forever, he said to me: 'honey, this is showbiz. The only reason for not showing up is because you are dead'," she says.