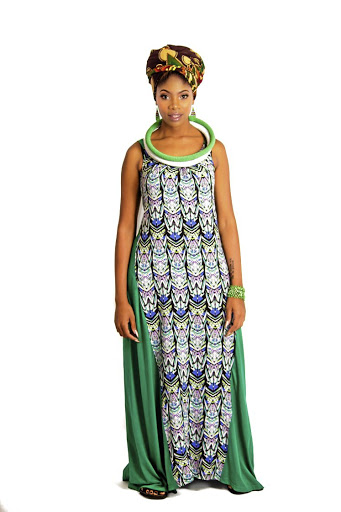 Mafokate turned his back on the music industry early last year and gave all his artists clearances after quitting the music industry to pursue other interests. Among the artists who left was urban-pop icon Chomee and his then girlfriend, Afro-pop singer Cici.

The Kaffir hitmaker bounced back into the music industry late last year after public pressure to do so.

But although he released a dud comeback album in December, he has gone on to sign new artists to his stable.

The new signings include Greensin December after seeing her perform at a church service at Tirano School of Repentance in Midrand.

Greens, whose real surname is Ngutshane, launched her album Be Still and Know at the Winnie's Soul & Jazz Restaurant in Woodmead last Saturday.

Mafokate said: "It's nice to be back in the music industry with a new artist in my stable like Khanya Greens.

"She is a talented soul artist, something that our fan base has been asking us to have here at the stable."

"She is bringing what our former artist Lira brought to the music community."

Mafokate said although he plans to sign more artists, he wants to market and take Greens to greater heights.

He said he wanted to do this before focusing on other fresh talent.

"There are still more surprises in store.

"Our fans must just watch the space," he said.

Greens, whose single Lethi Maliintroduces her sound, said she was excited to be part of Mafokate's stable.

"It has always been my dream to be part of such a successful, black-owned stable and I look forward to growing the brand and my name as an artist," she said.

The 25-year-old Soweto lass also said she would soon embark on a tour to promote her 15-song album.

"We are just finalising our promotion and marketing plan before embarking on a tour," she said.

Kwaito king and Kaffir hitmaker Arthur Mafokate has been entangled in a racist dispute with two business people over the website of his newly ...
Entertainment
4 years ago
Next Article