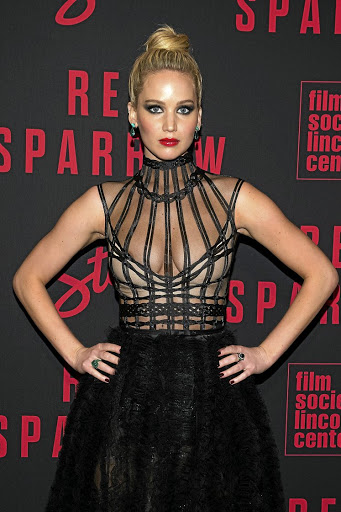 Jennifer Lawrence once again teams up with director Francis Lawrence (not related) in her latest action thriller, Red Sparrow. The two previously worked together when Francis directed three of the four Hunger Game franchise films that catapulted Lawrence into A-list status in Hollywood.

In this spy thriller, the magic the two are known to create together continues. Lawrence heads exciting action films led by a female lead in the cast that will come out of Hollywood this year with more movie goers giving female action stars the nod after the huge success that was Wonder Woman last year.

Two of the most talked-about films to follow will be Proud Mary starring Taraji P Henson as a hit woman working for a mob family in Boston and Alicia Vikander reprising Angelina Jolie in the latest version of Tomb Raider.

In Red Sparrow, Lawrence is Russian prima ballerina Dominika Ergorova, who is forced to join the secret service where she is trained as a master manipulator and seducer when her dancing career ends in tragedy. The Sparrow programme turns cadets into human super weapons for successful espionage.

Instead of a lot of action scenes that tend to dominate spy films, the director opted for an emotive build-up instead. Although you will not see as many fight scenes and lots of blood spilling, and certainly no unnecessary car chases that result in cars bursting into flames, the crescendo builds as Dominika has to stay one step ahead of her enemies to survive.

The high-end glamour of ballet is contrasted with the brutal training when Dominika becomes a sparrow. The racy film provides heart-pounding moments and it is entertaining enough to overcome the predictable storyline.

If not for the global release of Black Panther still ringing the tills to compete with, this would be a typical action blockbuster that would register impressive figures in its opening week. It remains to be seen how this appealing action flick will fare against Black Panther's massive success globally that has even managed to tap into new markets.

It is showing on screens now.

'I almost died in Brazil'
Entertainment
4 years ago
Next Article