Bundle of joy on way for real-life Venda princess 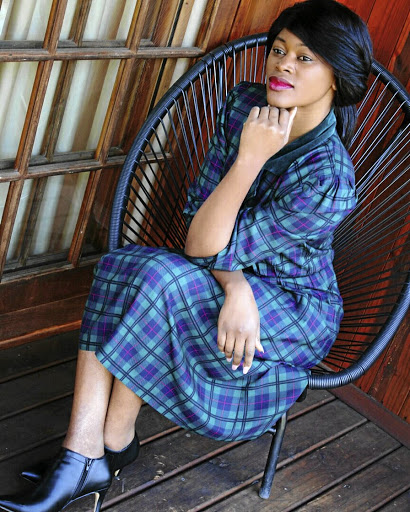 Azwimmbavhi Rambuda's pregnancy is not going to form part of the story line for the popular SABC2 soapie. / Twitter

Real-life princess and Muvhango star Azwimmbavhi Rambuda has a bun baking in her oven as she glowingly looks forward to the birth of her second child.

Simply called Azwi, Rambuda, 29, is a top model, an IT graduate, singer and former Miss Thohoyandou.

She is, however, famous for her role as Mpho Ravele on the SABC2 soapie.

The actress, who is the Venda princess in Dzimauli Musanda Ha-Rambuda area, is counting the days to her baby's arrival, according to sources close to the situation.

She was evasive when asked about the bundle of joy she was expecting. "Who told you about this?" Rambuda asked before bursting into laughter.

"Let's end this conversation. All I can say is that I'm happily married. We've been trying to keep everything under wraps until you asked me about it.

Gcilitshana says it's not easy but loves new comedy role.
Lifestyle
4 years ago

"I had hoped it was going to be a secret and then a surprise to everyone."

When asked for her latest pictures showing the baby bump, Rambuda said the reason she wanted the news of her pregnancy kept away from the public domain was because she was not showing yet.

In Muvhango, Rambuda plays the second wife of Chief Azwindini Mukwevho, the traditional leader of a village called Thathe.

Muvhango publicist Amanda Ngudle said the pregnancy was not going to form part of the story line.

"It was not incorporated. We shot her scenes rapidly to avoid the body change affecting production aspects like wardrobe and styling."