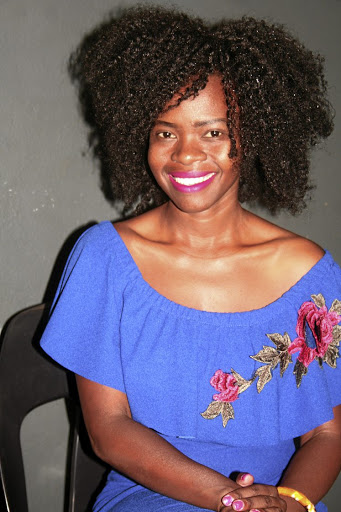 Social entrepreneur Nozipho Radebe is an epitome of townships' famous for the now crumbling kasi bioskop culture and film production.

Radebe, 31, from Katlehong in Ekurhuleni, has come a long way in the industry since her days as a toddler in both Grahamstown in the Eastern Cape and later her Gauteng home.

Being the founder and co-owner of Avalanche Media, she believes being in the entertainment industry is self-fulfilling, but comes with challenges.

"Township filmmaking is a tough world to be in because not so many potential sponsors are convinced about its viability and relevance," said Radebe.

This experience also comes with trying to convince even the very same township audience to appreciate kasi movies.

Radebe played a leading role in the theatre play Quantum Witches, a comedy meant for children across racial lines. It was staged at the famous Katlehong Art Centre.

"Personally I understand the politics and the kind of audience in this field," she said. "I also know the marketing I need to apply. In the context of Quantum Witches we are showing that contrary to popular belief, the issue of witchcraft appeals to both white and black audiences, but writing for kids in the township, we intended to make this just a comedy and it has worked well."

It has enough shine and glamour to appeal to a broad audience.
Entertainment
4 years ago

She credits her short stay in Grahamstown, well-known for its richness in arts, as having played an incredible role in her love for township theatre and entertainment in general.

She and Weaver have been working together since 2008 and compliment each other - with Weaver harnessing Radebe's skills while helping her to try to get her big breakthrough in this tough but lucrative film industry.

Among the movies in which Radebe has played leading roles arePositive Truth, Hotel Grandeur and Corner Dladla.

"Reception for much of our theatre stuff has been both off and on, but we have been lucky that some schools have asked us to dramatise some of the prescribed school work, especially for Grade 7-11 pupils," said Radebe, refering to the prescribed work Things Fall Apart by esteemed Nigerian writer Chinua Achebe.

Funding for township theatre by both corporate and government remains a big concern for Radebe. She said she only got a few thousands of rands way back in 2010.

"The only involvement we had with government was during the 2010 World Cup. Right now there's absolutely no projects for drama and other related areas."

She has high praise for her family for encouraging and supporting her in her career.

Her biggest dream in the short term is to host an Art Explosion that would see promising artists from the townships showcase their skills.

She has also produced poems such as Lament of A Dead Cow and Case Of Murder.

Actress in town to sell hit comedy film on divorce.
Entertainment
3 years ago
Next Article