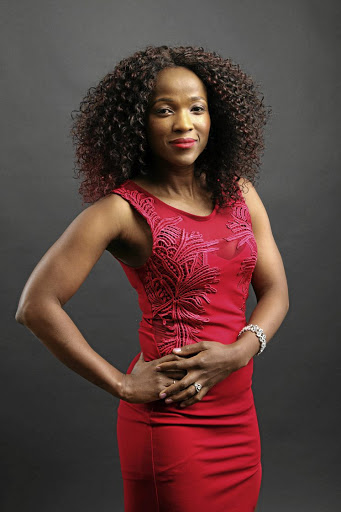 Actress Sibulele Gcilitshana has deplored the latest trend of bias in favour of "yellow bones" in the local arts and entertainment industry.

The outspoken SABC3's comedy-drama series Bedford Wives' thespian said she was being turned down for acting roles because of her complexion.

"Over the last few years many actresses have experienced rejection supposedly because they are two shades darker. Then you find out that someone lighter in complexion has been cast instead. It's become difficult to get some roles of late," said Gcilitshana.

"It's even worse if you are teetering towards your 40s age-wise and you're a [size] 38 plus. It's not flattering. My industry can be ... I don't know how to describe it, brutal, perhaps."

Gcilitshana, 38, said that despite the arts being a cut-throat industry, especially for the not-so-young, she would not swop her craft for anything else.

"I'm enjoying the space I'm in. I'm constantly auditioning. It's the only way to sustain yourself. You can't sit down and relax. You must constantly remind producers that you're still around and available to work."

Fans of actress Phindile Gwala will see a different side of her in a romantic comedy.
Lifestyle
4 years ago

Bedford Wives is set in the lavish but seedy Joburg east suburb of Bedfordview and follows the lives of four middle class women.

Gcilitshana plays under-cover cop Paulina Selemane in the show that revolves around criminals who, on the surface, live pristine and perfect lives but, behind closed doors, have plenty of skeletons in their cupboards. In the show, she is a married woman and a mother to an adopted child that she pretends is her biological son.

But her mission is to chase criminals in the underworld of money-laundering and drug dealing.

"It's weird for her but she has no choice but to live a double life," explains Gcilitshana.

"Paulina kicks ass as an under-cover cop, as she tries hard to get as much information on the dirty work of illegal cigarette smugglers among her other missions.

"She uses a code name, tries hard to fit in in the neighbouring white community in an effort to disguise her detective work. She finds satisfaction in cracking most of her cases."

Gcilitshana said she could not have asked for a more original script.

"This is my first comedy. It's been an amazing journey and the cast and producers have been outstanding."

Over the last 18 months, Gcilitshana has been working on her one-woman theatre show that she will be taking to the stage early next year.

Rapper Shane Eagle has come a long way since he was eliminated in the top four of hit TV reality music competition The Hustle with his debut album ...
Lifestyle
4 years ago
Next Article