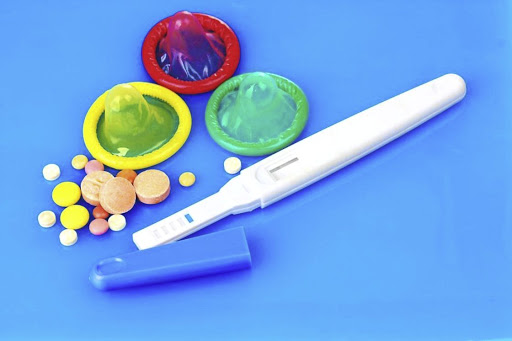 It appears that while Distruction Boyz's hit summer song Omunye was playing in every party and taxi during the festive season, millions of South Africans forgot the basics of safe sex amid the celebrations.

A sample of sales of emergency contraceptives, known as morning-after pills, and home pregnancy test kits sky-rocketed across South African pharmacies during the festive season.

Sunday World polled pharmacies in Limpopo, KwaZulu-Natal and Gauteng about the sale of these items since the beginning of the festive season holidays and the numbers would probably give Health Minister Aaron Motsoaledi a heart attack.

According to pharmacists interviewed, home pregnancy test kits were selling like hot vetkoeks while the number of those who bought pills to prevent unwanted pregnancies after engaging in unsafe sex came second.

Mosa Motala, an assistant pharmacist in Kalapeng Pharmacy in Lebowakgomo, Limpopo, said in December alone, they sold an average of 80 home pregnancy test kits and 50 morning-after pills a day.

"Even though we have a system to see how many times people buy the pill, we are unable to regulate it because others send their relatives and friends to buy for them," said Motala.

Motala said they see a spike in sales every December.

"We are used to these kind of sales during that time of the year. It is worrying but, remember, it is their right."

Another pharmacist in Mamelodi, Tshwane, said the store sold 2200 morning-after pills and more than 52800 home pregnancy tests from late November until the end of December.

Booze-fuelled sexual encounters during the festive season should be avoided at all costs.
News
4 years ago

A pharmacist from Medico Pharmacy in Empangeni, KwaZulu-Natal, said they were kept busy by clients who were buying home pregnancy test kits by the hundreds.

"Morning-after pills sold at [an] average [rate] but we have seen a high sale of home pregnancy tests.

"We sold at least 50 a day," said the pharmacist, who introduced himself as JP.

"We have been experiencing the same sales volumes for the past few years so when the festive season approaches, we ensure that the store has enough for holiday makers and residents."

Gynaecologist Dr Phuti Ratshabedi said: "It seems to me that falling pregnant for some women is resented more than [the fear of] contracting sexually transmitted diseases such as HIV. This is very worrying."

Road to orgasm, it's all in the mind

Channelling energy helps all aspects of your life.
Good Life
4 years ago
Next Article