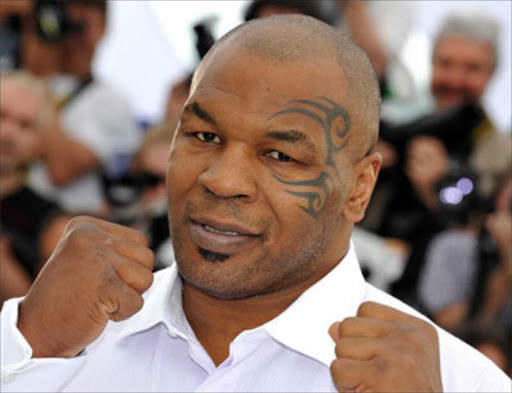 Mike Tyson was "mad as hell" when he caught a then unknown Brad Pitt in bed with his ex-wife Robin Givens during their divorce in the late 80s.

The former world heavyweight boxing champion was furious when he walked in on Brad - a then unknown actor - and his model ex-wife Robin Givens having sex in her bed in the late 80s after their short-lived marriage had ended.

In an interview on US chat show 'In Depth With Graham Bensinger', he revealed: "I was mad as hell! I was going to ... you should have seen his face when he saw me."

Despite going through a messy split - which eventually cost Mike a $10 million settlement and saw him accused of domestic abuse - Mike was still going to Robin's home every day to have sex with her when he caught Brad.

He added: "I was due a divorce but every day I would go to her house to have sex with her. This particular day, someone beat me to the punch. I guess Brad got there earlier than I did."

Brad, 47, went on to marry Jennifer Aniston, but their union ended in October 2005, and he is now engaged to Angelina Jolie.

Mike is now married to his third wife Lakiha Spicer.

The legendary boxer suffered many personal problems in the 90s - including being convicted of rape in 1992 and dealing with substance abuse issues.

After retiring from the sport, Mike, 46, reinvented himself as an actor and TV personality and landed a role in 2009 comedy film 'The Hangover' opposite Ed Helms, Bradley Cooper, Zach Galifianakis and Justin Bartha.

When he accepted the role - which saw him threaten to harm the Wolfpack friends unless they return his stolen tiger - Mike was heavily using cocaine and he credits the cast with helping him kick his habit and turn his life around.

Speaking about his co-stars, the father-of-seven said: "I was a mess. I was overweight. I was a pig. They had to know I was messed up. I couldn't talk. I had the cocaine talk. So those guys are just beautiful people. They had my back, and I appreciate that and stuff, then they asked me to come back (in 'The Hangover 2')."