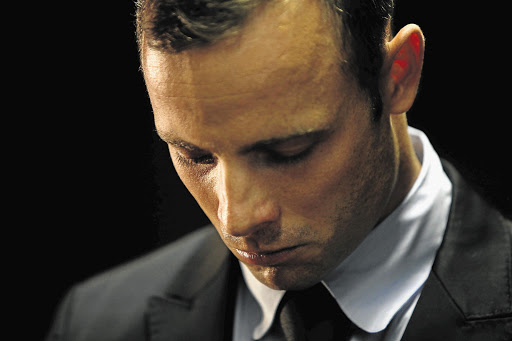 The correctional services department said on Friday that Pistorius was taken back to the Atteridgeville correctional facility after the victim-offender dialogue (VOD). File photo.
Image: Sunday Times

“A word of sincere gratitude to the department of correctional services, especially the staff at St Albans Prison, for facilitating the process in a sensitive and professional manner,” it said.

The Steenkamps lost their only child, Reeva, on Valentine’s Day in 2013. She was dating Pistorius and had stayed overnight at his upmarket Waterkloof home where, in the early hours of the morning, he shot her through a locked bathroom door.

Pistorius claimed to have acted in the mistaken belief that she was an intruder and he was protecting her. The state alleged he shot her during a violent argument, in which Steenkamp locked herself in the bathroom with her phone.

Pistorius was initially found guilty of culpable homicide in 2014.

In 2015, the Supreme Court of Appeal (SCA) overturned the culpable homicide verdict and convicted Pistorius of murder and sentenced him to 13 years and five months in prison.

On Friday, the department of correctional services (DCS) confirmed Pistorius was transferred back to the Atteridgeville correctional facility.

“It was in November 2021 when DCS issued a statement on the need for Pistorius to be at St Albans Correctional Centre in the Eastern Cape, for the purposes of a victim-offender dialogue (VOD) as the victims were based in Gqeberha. DCS can now confirm that the VOD process has been fulfilled,” said department spokesperson Singabakho Nxumalo.

Nxumalo said the transfer means Pistorius will continue serving his sentence at Atteridgeville Correctional Centre, as participating in the VOD does not equate to an end of the sentence or parole placement.

“There is a need to emphasise that inmates are required to partake in the VOD as part of their rehabilitation path wherein they are able to acknowledge the harm they have caused to their victims and the society at large,” he said.

Former radio journalist and author Barry Bateman, who came to national prominence during the Oscar Pistorius trial, is joining up with ex-prosecutor ...
News
3 months ago

A fearless prosecutor who distinguished herself when she led investigations against the likes of the late former police commissioner Jackie Selebi ...
News
5 months ago

The victim-offender-dialogue between  former paralympian Oscar Pistorius and the family of Reeva Steenkamp, his girlfriend who he killed on this day ...
News
5 months ago
Next Article