'It is what it is,’ says Pirates coach Mandla Ncikazi as he surveys wreckage of Confed Cup final loss 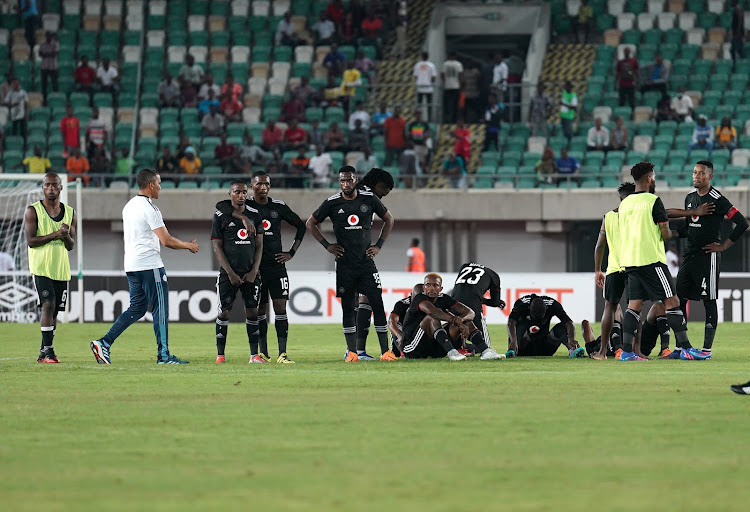 Disappointed Orlando Pirates coach Mandla Ncikazi blamed the team’s poor finishing for their 5-4 loss to Moroccan side RS Berkane in a penalty shoot-out in the Caf Confederation Cup final in Nigeria on Friday.

Pirates dominated possession and scoring chances during the 120 minutes where they were tied on 1-1 in extra time after goals by Youssef Alfahli and Thembinkosi Lorch.

“Congratulations to RS Berkane, very sad for our team because we lost a final and a match that we shouldn’t have lost,” said Ncikazi after the match.

“It a match that we should have won in normal time. The story of our season is creating so many chances and dominating the match but you just do what is more important, which is putting the ball in the back of the net.

“I feel for the players because they fought very hard, I feel for the team and it is what it is right now, we can’t change but the disappointing part is that it’s not a final that we should have lost based on the dominance and creation of chances that we had. Football is like that, you don’t put the ball in the net and this is the outcome.”

Pirates will have to put this final defeat behind them as they have a DStv Premiership clash against Maritzburg United on Tuesday at Orlando Stadium where they are playing catch-up.

“As coaches we have a responsibility to lift up the players, we are playing a league match on Tuesday and these are the same players who must play. It has not been a good season for our team and the reasons are the ones that you say today where a match is dominated but the outcome and the final product is not equally like the way we played.

“We have a responsibility, the players are experienced and coaches must do their job and motivate the players to be ready for the next challenges. Pirates will come back, Pirates will play better that we did today. It is a big brand which just needs to prove that on the field of play.

“I still think a one-legged final is more appropriate because it gives a neutral venue option compared to two a two-legged final. You know in Africa when you go into another country anything is possible.