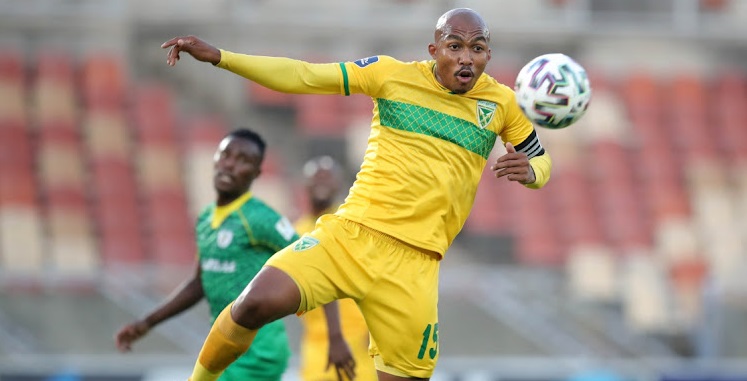 Should Golden Arrows win their last match against AmaZulu at Moses Mabhida Stadium tomorrow, they will have to wait for the result between SuperSport United and Orlando Pirates on May 30 to see if they will finish in the top eight.

For Arrows to have that chance they need to beat AmaZulu in their final match with SuperSport not in action tomorrow, as their fixture against Pirates has been moved to next week.

Pirates are playing in the CAF Confederation Cup final against RS Berkane in Nigeria tonight at 9pm.

Arrows and SuperSport are level on 37 points, with United in eighth place based on goal difference and Arrows one spot below them.

But if Arrows are to get a victory against Usuthu in this KwaZulu-Natal derby, they will need to be at their best. AmaZulu are undefeated since interim coach Brandon Truter took over at the club. They have won three of the six matches and drawn the others without conceding a goal.

Arrows defender Thabani Zuke admitted that it is difficult, knowing that even if they win tomorrow, they still have to wait for the SuperSport and Pirates game next week.

“It’s a tough one. Anything can happen in that Pirates v SuperSport match. We may win and still not qualify as we have to wait a few days to see what will happen,” Zuke told Sowetan yesterday.

“With Pirates playing in the final, they can come back with the trophy and be motivated in their remaining matches.”

Zuke admitted that they are wary of AmaZulu.

“It is a concern because they have been playing well under Truter since he arrived and whenever they play us they always bring their A-game. And we expect that this time as well,” he said. “With this also being their last game on their ground in front of their supporters, I’m sure they will do their best to get positive results.

“But also, we want to be in the top eight and we won’t make it easy for them. But I think they will want to make it more difficult for us. It's a derby so we will do our best to win the game.”

Kaizer Chiefs goalkeeper Bruce Bvuma is convinced that even if coach Stuart Baxter had never left, he would still have still reclaimed the No 1 ...
Sport
2 months ago

Orlando Pirates shot-stopper Richard Ofori has made a strong case for why reaching a final is worthless if you won't win it.
Sport
2 months ago

Mamelodi Sundowns co-coach Manqoba Mngqithi has put rivalry aside to send well wishes to Orlando Pirates in their Caf Confederation Cup final against ...
Sport
2 months ago

Flu and injuries have plunged Kaizer Chiefs into a crisis ahead of their important last match of the DStv Premiership season against ...
Sport
2 months ago
Next Article