Making history, not money, main goal for Bucs in final

Pirates could pocket over R20m should they see off Berkane tonight 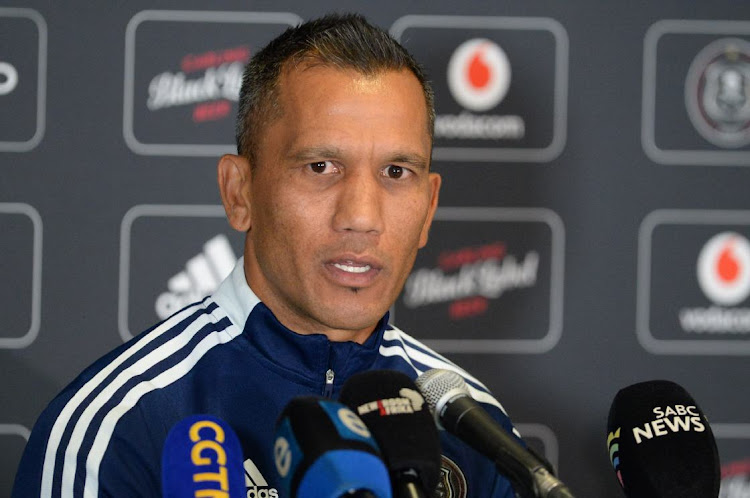 This mega incentive doubles for the eventual champions, meaning the Buccaneers will walk away with a whopping R20m should they beat Moroccan side RS Berkane in the competition's final at Godswill Akpabio International Stadium in Uyo, Nigeria, tonight (9pm).

Even so, the mega prize money isn't what really drives the Sea Robbers to clinch the Confed Cup as, according to the club's co-coach Fadlu Davids, making history is the main thing that motivates them to return with a Confed Cup trophy from Uyo. The Pirates joint coach, who steers the ship alongside Mandla Ncikazi, wants Pirates to be perennial winners without being motivated by money.

"I don't think we can run away from the fact that the bonuses... would be a huge incentive for the players but us as coaches we try to get those incentives out of the equation. It's more about making history rather than financial incentives,'' Davids explained.

Davids also entreated the Nigerians to come and support the Buccaneers since they've a local lad in their squad in instrumental centre-half Olisa Ndah. Ndah has been Pirates' best centre-back since arriving from his native Nigerian side Akwa United last August, having had won the league with them.

"I urge the Nigerian fans to come and support us. Their prodigal son, Ndah, returns to their stadium. We’re playing at Akwa United’s stadium where he won the league [in 2020/21] before he joined Pirates,'' said Davids.

Mamelodi Sundowns co-coach Manqoba Mngqithi has put rivalry aside to send well wishes to Orlando Pirates in their Caf Confederation Cup final against ...
Sport
2 months ago

Baroka FC, Swallows FC, TS Galaxy and Maritzburg United are all facing possible automatic relegation to the GladAfrica Championship going into the ...
Sport
2 months ago

Flu and injuries have plunged Kaizer Chiefs into a crisis ahead of their important last match of the DStv Premiership season against ...
Sport
2 months ago
Next Article