Pirates to bank on opponents' wretched away record

Bucs could be in with a chance against poor travellers Berkane 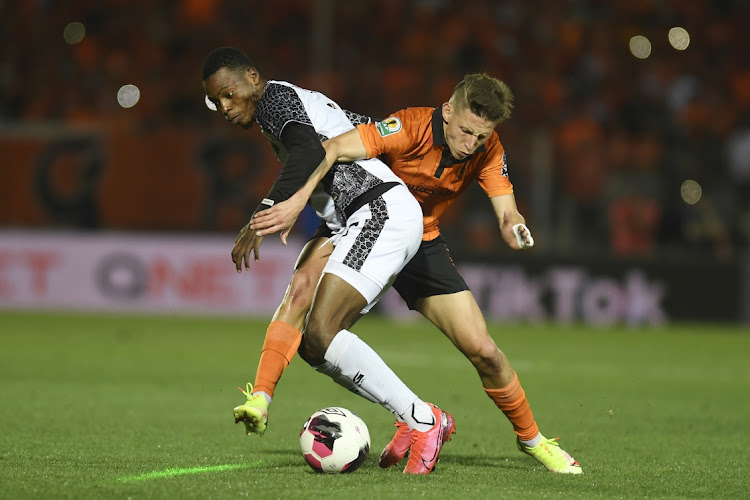 That Orlando Pirates are playing the CAF Confederation Cup final in a neutral venue in Nigeria augurs well for them as their opponents RS Berkane are woeful away from home.

The Buccaneers will face Berkane for the title decider at Godswill Akpabio International Stadium, in Uyo tomorrow at 9pm looking to bag their first Confederation Cup title.

In this competition, the Moroccan side have a poor record on the road. In five matches they only drew once and lost the other four.

In the semi-final first leg, they lost 0-1 to TP Mazembe away before overturning the result in Morocco, winning 4-1 in the second leg.

While Berkane are poor on the road, the Soweto giants have an impressive run with three victories in five matches away from Orlando.

One of those victories was in the semifinal against Al Ahli Tripoli in Libya when they recorded an impressive 2-0 win. They also beat JS Saoura and Royal Leopards although that match was played at Mbombela Stadium, a venue Pirates are familiar with.

Even in their Moroccan league, Berkane are not good travellers as they seemingly can’t win matches on the road, something which suggests they may struggle tomorrow in Nigeria.

However, Pirates must still be very careful as Berkane are an organised team despite their struggles on the road.

The Moroccans are likely to play long balls into the box and utilise aerial prowess, something the Buccaneers' defence would need to be aware of.

The Oranges will also be appearing in their third cup final in this competition, having lost to Egyptian giants Zamalek in 2019, before defeating Pyramids two years ago to claim their maiden continental title.

This will be Pirates second Confed Cup final after losing to Tunisian side Etoile du Sahel in 2015 and will want to go one better this time.

Mamelodi Sundowns co-coach Rulani Mokwena has asked players to finish their league championship winning campaign with a flourish when they take on ...
Sport
2 months ago

Al Ahly coach Pitso Mosimane will launch a schools soccer programme this year as part of his plan to give back to the sport in SA, his management ...
Sport
2 months ago

Orlando Pirates’ Bandile Shandu says there is no better motivation for any player than playing in the final of a continental competition.
Sport
2 months ago
Next Article