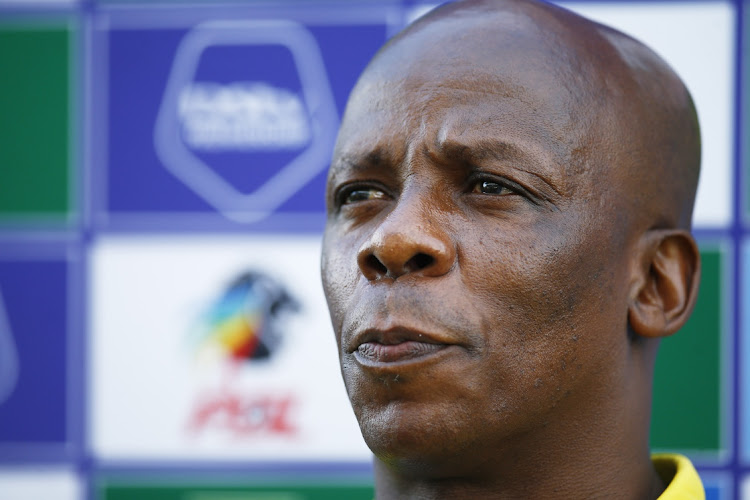 Orlando Pirates coach Mandla Ncikazi has launched yet another scathing attack on Tanzanian side Simba, accusing them of putting a lot of their energy on fabricating stories rather than getting things right on the field of play.

Ncikazi's Pirates elbowed Simba out of the CAF Confederation Cup quarterfinals by beating them 4-2 on penalties at Orlando Stadium yesterday. The Buccaneers won the tie 1-0, courtesy of Kwame Peprah's header, but it went to penalties because the first leg in Tanzania had finished on the same scoreline in favour of the hosts.

Ncikazi accused Simba of hostile hospitality in their backyard, adding the Buccaneers were "treated like animals". Simba CEO Barbara Gonzalez fired back at Ncikazi, insisting the Sea Robbers coach was lying because he was under pressure to save his job, among other things.

In his post-match media conference after beating Simba on Sunday, Ncikazi, again, didn't hold back as he accused Simba of fabricating all the things they said when they gave their version of the story last week.

Hogging headlines because of ill-conceived comments seems to be Mandla Ncikazi’s pastime but this outburst after Orlando Pirates’ defeat to Simba at ...
Sport
2 months ago

Orlando Pirates coach Mandla Ncikazi has been labelled a "bad loser" for his outburst directed at Simba following their defeat in the CAF ...
Sport
2 months ago

"They've got good energy to do all the fabrications; [they must] channel all that energy to the right direction by working on the team to be successful, so that they can play away and play a fair game. What they do in their country isn't football but it's their strategy. They've got people that have degrees from London but that's not football related, channel that to football,'' Ncikazi said.

"I have never seen people that aren't wrong in any scenario. We're not the only team that had issues about them. I think all teams that have visited that country and that team, they've had issues but for them to come out and deny, even saying 'when teams come there we offer them coffee'. If coffee is what they offered us, then they have really bad coffee.

"I am okay with that coffee. They're well-schooled because they're articulate in their fabrication of everything that happened there. My only concern is that this isn't good for them , they play so well at home and when they go away they don't win, for me that's an indication that something wrong happens there," Ncikazi said.