Cameroon wary of giant-killing Gambia and another Afcon shock 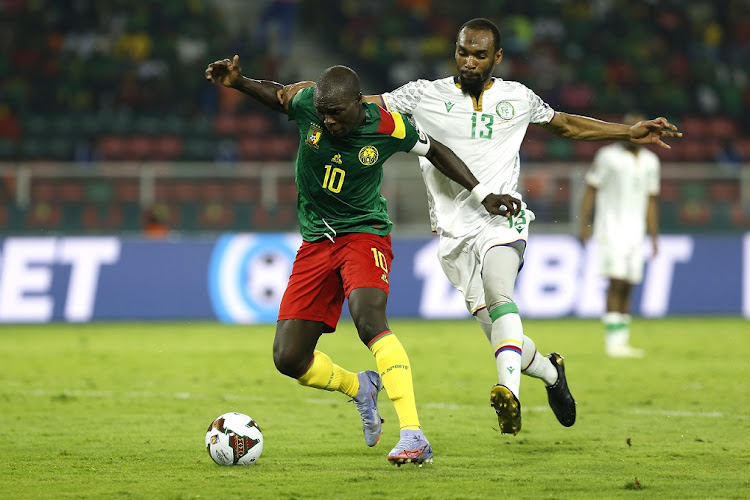 Hosts Cameroon will go into the Africa Cup of Nations quarter-finals wary of an ignominious exit as they take on giant-killers Gambia in the first of the weekend’s matches.

Cameroon have been far from convincing as they have advanced through the group stages and one round of knockout matches while lowly ranked Gambia have thrilled with their attacking approach and improbable run to the last eight of the tournament.

Burkina Faso and Tunisia meet in Garoua in Saturday’s second quarter-final while Egypt play Morocco and Senegal take on another upstart in Equatorial Guinea in Sunday’s two quarter-finals in Yaounde.

Gambia are making their Nations Cup debut and are ranked 150 in world football — the lowest of all 24 teams at the Cup of Nations finals but have won two out of three group matches, and then upset Guinea in the last-16. They have conceded only one goal, which was from the penalty spot, in four matches in Cameroon.

Cameroon, in contrast, have turned in largely mediocre performances andalthough they had all the odds heavily stacked in their favour in their last game against the other tournament debutants, Comoros Islands, they laboured through to the quarter-finals in a controversial 2-1 victory.

“We have seen teams ranked as underdogs stand up to high-calibre countries and my players have been warned,” said Cameroon coach Toni Conceiçao.

Saudi Arabia-based Vincent Aboubakar’s six goals have taken the 30-year-old striker past Barcelona legend Samuel Eto’o’s most previously for Cameroon at a Nations Cup of five.

He needs a goal to equal SA’s Benni McCarthy and Egyptian Hossam Hassan’s second-most goals in a single tournament, both with seven in 1998. With matches left, if Cameroon remain to the final Aboubakar may even have a chance of reaching the top mark of nine goals set by Ndaye Mulamba of Zaire in 1974.

Elimination of the hosts at this stage would come as a blow to tournament already hard hit by the death of eight spectators in a stampede ahead of Cameroon’s last game on Monday. As a result, Yaounde's Olembe Stadium, where the final is scheduled to be played on February 6, is not being used this weekend.

Cameroon take on Gambia in Douala where the condition of the pitch at the Japoma Stadium been declared poor and where there will be no further games, the Confederation of African Football decided this week. On Sunday, both matches are being played at Yaounde's older Ahmadou Ahidjo Stadium.

Egypt’s clash with Morocco will be keenly anticipated and could reveal the identity of the eventual winner although Senegal remain strong favourites, even if they, too, have not delivered any strong evidence of their potential.

Senegal have scored only three goals in four outings at the tournament but have not conceded a goal and will be heavily fancied to end the run of Equatorial Guinea, although Sadio Mane’s participation is unsure after he suffered concussion in their last game on Tuesday.

The quarter-final winners advance to the semi-finals, both to be played in Yaounde, on Wednesday and Thursday. The final will be played at Olembe Stadium on Sunday.

Poor pitch conditions at the Africa Cup of Nations have seen an unprecedented switch of venues for quarter-final and semi-finals matches, the ...
Sport
3 months ago

Reaching the last eight of the Africa Cup of Nations (Afcon) for debutant Gambia is over-achievement, but they are still hungry for more as they aim ...
Sport
3 months ago
Next Article