Ghana confirm sacking of coach after Cup of Nations exit 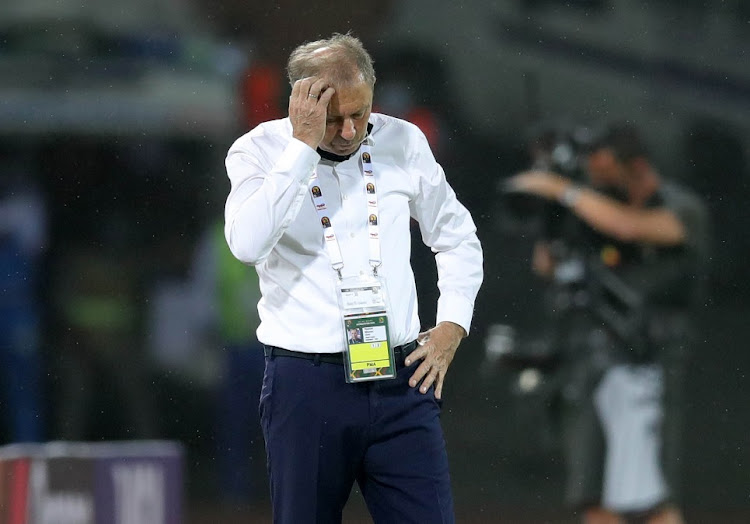 Ghana coach Milovan Rajevac had been expected to be sacked after Ghana lost 3-2 to the tiny Comoros Islands last week.
Image: Samuel Shivambu/BackpagePix

Ghana have confirmed the dismissal of coach Milovan Rajevac after their shock early exit from the Africa Cup of Nations finals and must now move quickly to find a new coach for the World Cup playoffs in two months’ time.

Rajevac had been expected to be sacked after Ghana lost 3-2 to the tiny Comoros Islands last week to finish bottom of their opening round group and depart the tournament in Cameroon early, despite being among the fancied teams.

His sacking was demanded by Ghana’s sports ministry the day after the defeat but only confirmed on Thursday, after a meeting of the Ghana Football Association’s executive the previous day.

“After considering three reports and engagements with key stakeholders, the GFA has decided to end its relationship with coach Milovan Rajevac,” a statement said.

“The GFA will soon announce the reconstituted technical team and management committee after due engagement with all relevant stakeholders.”

The 68-year-old Rajevac had only been back in the post for four months, in his second stint in charge of the Black Stars.

He was rehired in September after Ghana made a poor start to the 2022 World Cup qualifiers but recovered to win their group and qualify for the March playoffs, where they will take on Nigeria.

Rajevac was coach when Ghana reached the World Cup quarterfinals in 2010, before going on to national team jobs in Algeria, Qatar and Thailand.

The Serbian is the first managerial casualty of the Cup of Nations finals in Cameroon.

There have been a few surprises at the ongoing Africa Cup of Nations (Afcon) in Cameroon, but Ghana’s 3-2 defeat to one of the tournament's ...
Sport
5 months ago

Ghana coach Milovan Rajevac has said he will not resign after the team’s disastrous 3-2 defeat against tiny Comoros saw the Black Stars exit bottom ...
Sport
5 months ago

Bafana Bafana coach Hugo Broos has laughed off suggestions that his job could come under scrutiny if his charges come up short in the quest to ...
Sport
7 months ago
Next Article