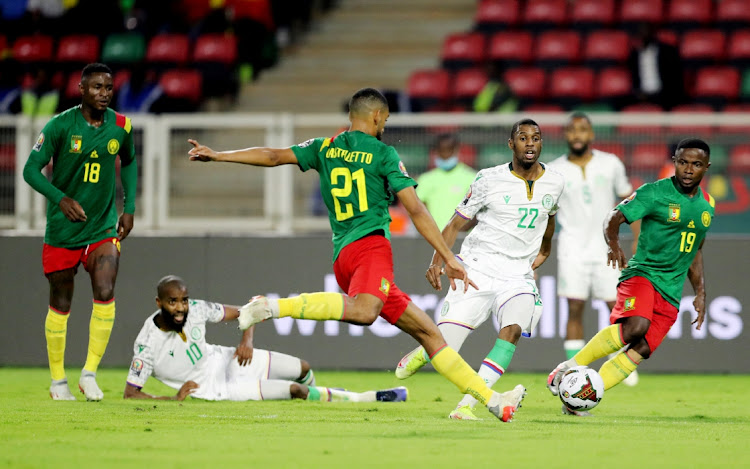 Poor pitch conditions at the Africa Cup of Nations have seen an unprecedented switch of venues for quarter-final and semi-finals matches, the Confederation of African Football said on Wednesday.

There have been concerns for more than a week over the poor surface at Douala’s Japoma Stadium. Hosts Cameroon are still scheduled to take on Gambia there in the quarter-finals on Saturday but it will be the last game at the stadium.

Two further matches that had been scheduled to be staged at Japoma Stadium, a quarter-final on Sunday and a semi-final next Wednesday, have been moved to Yaounde’s Ahmadou Ahidjo stadium.

Effectively it means a quarter-final double header at the new venue on Sunday. Egypt will take on Morocco in the first of the matches, while Senegal's opponents for the second game will only be known after the completion of the last-16 later on Wednesday.

CAF also repeated their threat that the Olembe Stadium, where next Thursday’s second semi-final, and the final on Feb. 6 are scheduled, might yet be stripped of hosting the matches unless safety guarantees were received from the Cameroon authorities.

“The CAF AFCON Organising Committee also requires the assurance and guarantee that appropriate and adequate interventions and measures have been implemented to ensure that a similar incident will not occur at the Olembe Stadium,” a statement said.

The pitch crisis adds to a troubled tournament that has also been hit by multiple COVID-19 infections, controversial refereeing decisions and poor organisation.

The deaths of at least eight people in a stampede at Yaounde’s Olembe Stadium on Monday was a severe blow to an already troubled Africa Cup of ...
Sport
3 months ago

Reaching the last eight of the Africa Cup of Nations (Afcon) for debutant Gambia is over-achievement, but they are still hungry for more as they aim ...
Sport
3 months ago

Hosts Cameroon made heavy work of beating 10-man Comoros Islands 2-1 on Monday night to advance to the African Cup of Nations (Afcon) quarterfinal ...
Sport
3 months ago
Next Article