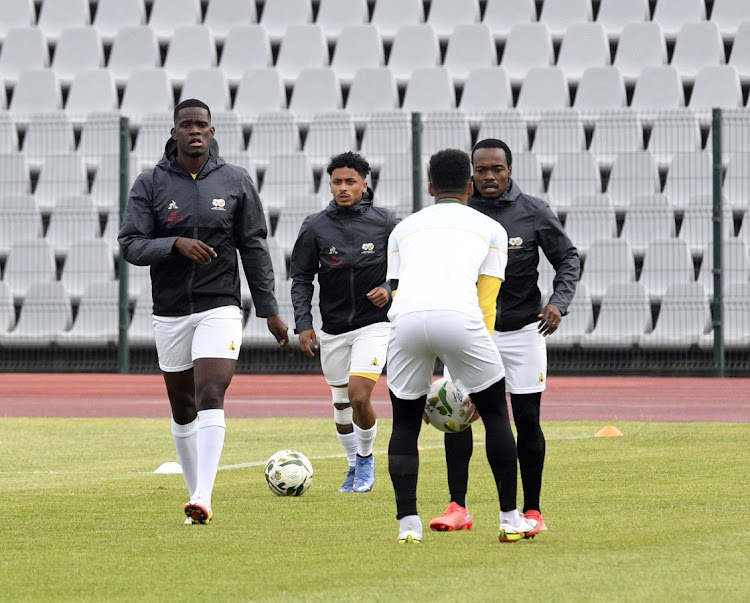 Bafana Bafana coach Hugo Broos seemed reluctant at times to call on overseas-based players during the Fifa World Cup qualifiers, though that could have had to do with travel difficulties and challenging logistics.

There is certainly talent that deserves to be looked at in the coming 12 months with players who are among SA’s best exports in 2021.

There are also some older heads on that list who do not not fit the profile Broos is looking for in his national team, but their outstanding achievements deserve recognition.

Matthews had his breakthrough year in 2021 after the disappointment of his time at Borussia Dortmund did not produce the results he would have hoped for.

Only 21, he has already been around a bit having also played at Utrecht in the Netherlands and Helsingborg in Sweden, and is living up to the great potential many saw in him as a teenager.

The winger, who can also play as a classic number 10, was among the best players for Varbergs in the 2021 Swedish topflight season with five goals and even more assists.

It has led to suggestions he will be on his way for a big fee in 2022. With teams all over Europe monitoring him closely, it seems unlikely he will stay where he is.

The playmaker is starting to reach veteran status at the age of 31 but showed this year he has lost none of his quality as he helped his club to the UAE Pro League title.

With the league title, Al Jazira booked a place in the Fifa Club World Cup that will be hosted in that country between February3 and 12 .

Serero was a leading star for the team and a stabilising influence in the midfield as he drops into a deeper role under Dutch coach Marcel Keizer, who will know all about his credentials at Ajax Cape Town and Ajax Amsterdam. Serero’s Bafana days may be over given his age, but there is no doubt he is a polished player who can still deliver the goods at club level.

There are two South Africans at Portuguese top-flight side Belenenses in Sithole and Thibang Phete.

While both did well in 2021, Sithole perhaps made the biggest impact.

He is a tall, powerful holding midfielder and has all the skill and finesse to be a top star having been developed though the KwaZulu-Natal Academy.

Only 22, he has lots of growth in him and showed tremendous improvement in 2021 despite challenges with Covid-19 that have kept him sidelined for periods.

He will hope for a big finish to the 2021/22 campaign in the New Year that will lead to a move to a bigger club.

Only a handful of players featured for Varbergs more times in the Swedish top-flight last season than Le Roux, who has been a consistent performer despite the fact he is only 21.

He is another tipped for a massive future and whether that move comes next year or the one after, it seems certain he will go on to much bigger things.

He made his professional debut in the 2017/18 season at Stellenbosch FC before a move to SuperSport United where he was not trusted to perform.

Once he made the switch to Sweden, where he was given game-time almost from the start, he has been superb and must be getting close to a Bafana Bafana look-in.

The 30-year-old had one of the best seasons of his career as he fired in 18 goals in 30 starts in the South Korean top-flight to finish second on the scorers’ charts.

That included scoring four goals in a single game as he had one particular purple patch when he managed 12 strikes in only 10 matches as he set the league alight.

It never quite worked out for him in a Bafana Bafana jersey, but Veldwijk has generally scored goals wherever he has been in club football and is clearly a consummate finisher, something the national team has lacked at times.

His team finished fifth in the league, not bad for their first season in the top-flight after promotion.

The Zimbabwe Football Association (Zifa) being warned by Fifa of a possible ban from the sport presents no back door opportunity for Bafana Bafana to ...
Sport
6 months ago

Mamelodi Sundowns will be targeting the 40-point mark when they welcome struggling Baroka at Loftus Versfeld Stadium today (5.30pm).
Sport
6 months ago
Next Article