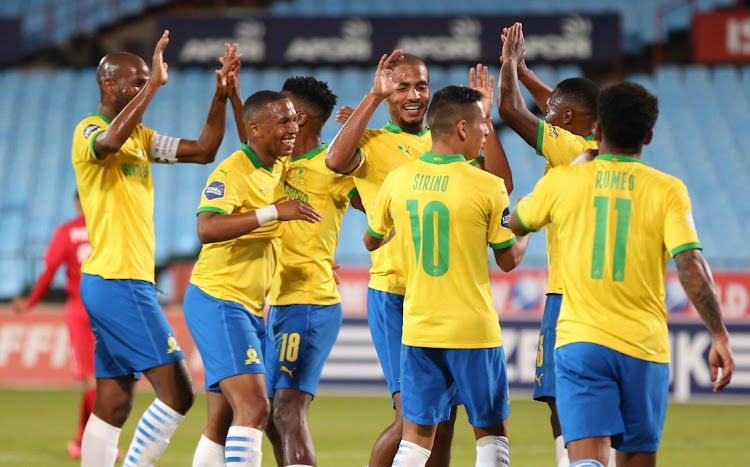 Mamelodi Sundowns will be targeting the 40-point mark when they welcome struggling Baroka at Loftus Versfeld Stadium today (5.30pm).

Unbeaten Sundows are just three points from reaching 40 points in the DStv Premiership. The Brazilians recently equaled Kaizer Chiefs’ record of garnering 37 points at the half-way stage of the campaign. Like Chiefs in the 2014/15 term, the Tshwane giants also notched up these points with 11 wins and four draws.

The Brazilians' utility left-back, Aubrey Modiba, says Baroka won’t be pushovers. Baroka haven’t won a match since beating Sekhukhune United 1-0 in September, going 10 matches without a victory, with six defeats and four stalemates in the process.

“We’re expecting a very difficult game because every team that is gunning for points always makes sure they fight,” said Modiba. “Baroka haven’t been collecting maximum points, so I think they’ll give us a fight. We’ve watched their games. We have analysed them. We are up for the task.

“They played well against Cape Town City [where they drew goalless at the weekend] but they missed quite a few chances. Obviously, their coaches have worked on that. They always work hard when they play against Sundowns.’’

“They have Makgopa, who’s a Bafana striker. They also have Sithole and there’s Dlala in the midfield and [Denwin] Farmer at the back. I think they’re a well-balanced team.

"They work very hard. They just changed the coach recently [referring to the change that saw Kgoloko Thobejane return while Matsimela Thoka was demoted to the Diski side]. The coach [Thobejane] is familiar with the team,’’ stated Modiba.

The Premier Soccer League’s executive committee will meet for the fifth time on Tuesday to discuss the Kaizer Chiefs Covid-19 controversy despite ...
Sport
7 months ago

Kaizer Chiefs assistant coach Arthur Zwane was a famously slippery midfielder during his playing days and he showed he has lost none of his evasive ...
Sport
7 months ago

Dan Malesela is satisfied with the progress Marumo Gallants have made since he took over last month.
Sport
7 months ago