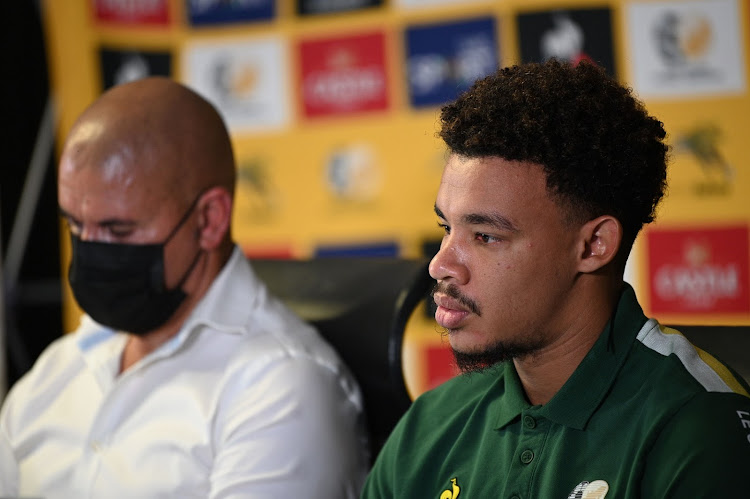 Fifa have said their disciplinary committee are taking a protest by the SA Football Association under consideration, regarding the officiating of Senegalese referee N'Diaye, who also awarded the greatly-contested penalty Andre Ayew scored the 33rd-munute winner from.

Williams portrayed N'Diaye as hostile towards the SA captain and his teammates even before the game started.

“When the referee comes to me before the game and says to me he's going to book me for time-wasting, going into the game I already feel targeted,” the SuperSport United goalkeeper said.

“Throughout the qualifiers the ballboys didn't have the ball in hand, the ball was placed in the cones. But in this game the ball boys had the ball in their hands.

“Whenever the ball would go out they would throw it very quickly. But the moment Ghana scored the ballboys disappeared, and it took long.

“I wanted to speak to the referee and tell him the balls were soft, but he didn't want to do anything about it — he said he'd rather book me for time-wasting.

“In the second half the ballboys practically vanished ... and I think that's where the ref should have stamped his authority.

“Their goalkeeper [Jojo Wollacot], the moment Ghana scored, took so much time. And not once did I see the referee speak to him — I think he only got booked in the last few minutes. And from the 32nd minute until the 90th he was wasting time.

“Sixty minutes wasting time and not once did he get reprimanded, whereas I got reprimanded before the game, before we conceded for 30 minutes the ref was reprimanding me. And I did not waste time because [at that stage] the ballboys threw the ball in immediately, so I don't know where that was coming from.

“At halftime I went up to the ref and asked him what the problem was with our team because it felt like he was allowing the physicality of Ghana, that they were playing very physical and not challenging the ball.

“He just told me that, 'It's a contact sport'. So I said, 'Yes, but then the ruling must go for both teams', and he just told me to get away because he would book me.

“But in saying that, I'm proud of the boys. We went there, we never gave up and we fought. And to see youngsters fighting, even when their backs are against the wall, and they're being targeted, showed the character in this team and the belief that we have. And the future is exciting and I'm looking forward to it.”

Williams thanked SA supporters for their positive messages, “and especially the messages to Rushine [de Reuck, who conceded the penalty]. I know how he feels, obviously he's disappointed, but we are proud of him.

“We conceded two goals in three games [in the qualifiers] — he's one of the reasons for that. He shouldn't drop his head. This is a small setback for greater things to come for him.”