SuperSport, Marumo and Swallows all secure away wins 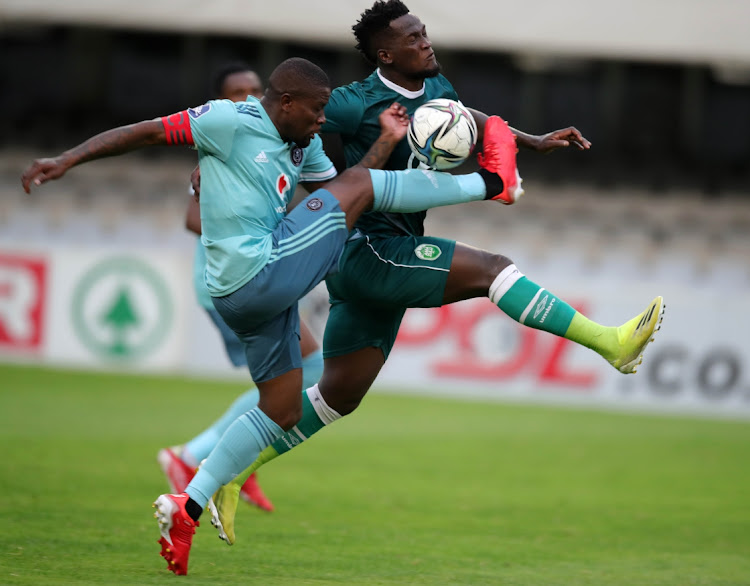 AmaZulu and Orlando Pirates' frustration of not winning matches continued after playing to a 1-1 draw at Kings Park Stadium last night.

It was Usuthu’s 10th stalemate of the season in 15 DStv Premiership matches, while Pirates recorded their eighth draw.

AmaZulu came into this fixture on the back of four successive draws and were looking to end that with a victory against the Buccaneers.

Pirates on the other side came into this fixture following a goalless draw against Baroka at home and were looking to bounce back to winning ways.

However, they started on the back-foot and were unfortunate not to trail earlier on as Tercious Malepe diving header went wide with only Siyabonga Mpontshane to beat.

But Pirates took the lead against the run of play on the half-hour mark. Deon Hotto scored his fourth goal of the season, finishing off after a dozen passes and good movement off the ball. The Namibian then slotted past Veli Mothwa, the Usuthu keeper, with ease.

The hosts looked to hit back immediately as they started to create chances with Pirates losing their rhythm a bit.

AmaZulu eventually levelled on the stroke of halftime after Tshepang Moremi attacked a loose ball in the area from a cutback by Luvuyo Memela to slot in from a tight angle to go to the interval all square.

Pirates' defence should have done better in preventing that leveller as they were caught ball watching and would have been disappointed in the manner Mpontshane was beaten.

Pirates were better in the second half and had few chances to reclaim the lead but Motha was at his best to deny them.

With the game in the balance, both teams went in search of a winner but failed to create decent scoring opportunities.

There were some tired legs late in the second half with both goalkeepers having nothing much to do.

Thembinkosi Lorch made his return when he came in as a sub late in the second half for the first time since May.

He looked sharp and hungry as he created chances for his side but all in vain as the teammates failed to convert them.

Embattled Swallows also got their first win since the opening day by beating Baroka through a Keletso Makgalwa goal. Marumo Gallants remarkably recorded their third win on the trot by beating Sekhukhune United 1-0, thanks to a Joseph Molangoane strike.

Barcelona crashed out of the Champions League following a 3-0 defeat at Bayern Munich on Wednesday, failing to make it past the group stage of the ...
Sport
6 months ago

Sundowns made to sweat for three points by determined Royal AM

Mamelodi Sundowns were made to work right to the end for their nervy 3-2 win over stubborn Royal AM in the exciting DStv Premiership encounter at ...
Sport
6 months ago

Kaizer Chiefs adhered to health standards set by the national authorities and their “responsibility to our players, staff and the football community” ...
Sport
6 months ago

Maritzburg United chairperson Farook Kadodia says his club will pursue their protest and seek a walkover in a disciplinary committee after Cape Town ...
Sport
6 months ago
Next Article