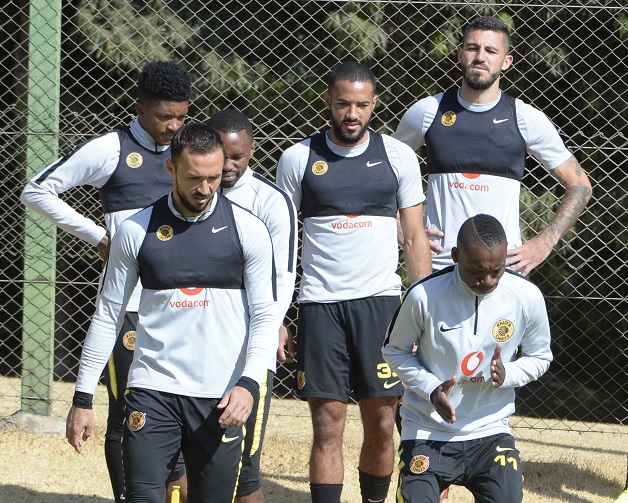 Kaizer Chiefs players go through their paces in a training session at their headquarters in Naturena. File photo
Image: Lee Warren/Gallo Images

Kaizer Chiefs adhered to health standards set by the national authorities and their “responsibility to our players, staff and the football community” in deciding to not honour two DStv Premiership matches, club physician Dr Hashendra Ramjee said.

Chiefs, amid an outbreak of Covid-19 that has now included 36 staff members, did not honour their league match against Cape Town City at FNB Stadium on Saturday evening. Amakhosi have said they also will not be able to turn up for their game against Lamontville Golden Arrows at Princess Magogo Stadium on Wednesday night (kickoff 7.30pm).

This was after Chiefs wrote to the PSL last week asking for the postponement of all four of their league games in December because of the Covid-19 outbreak that shut down their headquarters at Naturena.

TimesLIVE is informed the PSL declined Chiefs’ request, but would review the matter at an executive committee meeting on Wednesday.

“The Kaizer Chiefs medical team dealt with the recent Covid-19 crisis in the club by following the current NICD [National Institute for Communicable Diseases of SA] and department of health protocols for positive cases and contacts.

“The positive cases were requested to self-isolate and primary contacts were asked to isolate for 10 days as per the protocols. All players and staff have been regularly monitored.

“Repeat testing was implemented over the past 48 hours for players and staff who were in quarantine. These tests unfortunately revealed five more cases, which justified the approach taken by the club in terms of our responsibility to our players, staff and to the football community.

“Further to this, players who have tested positive and completed their self-isolation will be managed with an evidence-based graduated return to play protocol and algorithm used for any athlete.

“Depending on the player’s progress during this managed phase the player would usually be fit to resume play in seven days.”

The PSL is yet to communicate the eventual status of Wednesday’s Arrows-Chiefs match, as discussed by the executive committee.

Kaizer Chiefs has revealed that the club is dealing with five new cases of Covid-19 - bringing the total to 36 at the Naturena-based club.
Sport
8 months ago

Losing two high-profile personnel in Nande Becker and Michael Murphy from its legal department could make it difficult for the Premier Soccer League ...
Sport
8 months ago
Next Article