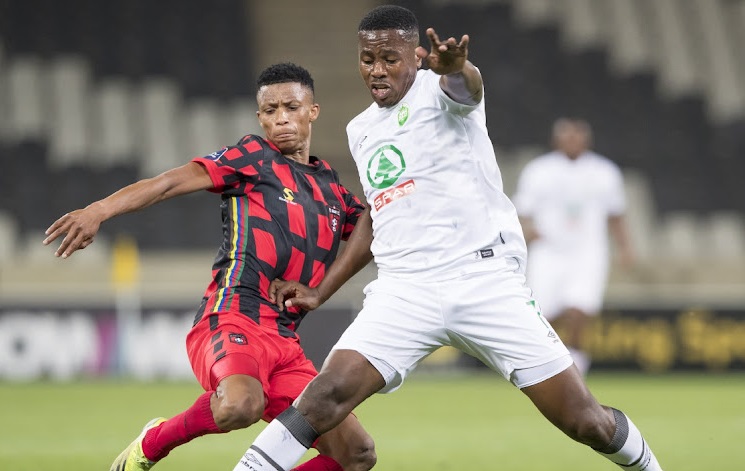 From being a bit-part player last season, Bonginkosi Ntuli looks to have finally earned the faith of coach Benni McCarthy at AmaZulu.

Playing second fiddle to the likes of Siphelele Mthembu and Lehlohonolo Majoro, Ntuli only managed eight appearances and scored twice in all competitions last term.

Ntuli’s fortunes have changed for the better this season as he’s now Usuthu’s first-choice striker. The lad from Cato Ridge, between Durban and Pietermaritzburg, is his side’s current top scorer this season with five goals from 11 outings across all tournaments.

“I have worked very, very hard to return to the [starting] XI. Last season I struggled with fitness after recovering from that injury [he had fractured his left foot]. This season I started the season like any other player and that gave me a fair chance to show what I can do… that’s been the difference between now and last season,’’ Ntuli said yesterday.

What did McCarthy tell Ntuli when he benched him last season on the back of an impressive 2019/20 term, where he’d scored an impressive 13 league goals?

“Coach Benni told me to work hard if I want to play again. There was no animosity or whatsoever. He’s one coach who gives players a chance on merit,’’ noted Ntuli

Ntuli, 30, is hellbent on winning the Golden Boot, revealing he’s still reeling from missing out on the prize by a whisker in the 2019/20 term, when he finished three goals behind the eventual winner Gabadinho Mhango of Orlando Pirates.

“I still remember how close I was in that season [2019/20] to win the top scorer prize. The memories of missing it by just three goals make me want to go for it every season. I would really love to win this award and I will work for it,’’ Ntuli stated.

Ntuli is odds-on to lead the attack when AmaZulu take on unbeaten Stellenbosch at Danie Craven Stadium on Saturday (3.30pm). The Usuthu marksman expects a tough outing.

“Playing a team that has never lost is always difficult… their confidence is high. But we’ve prepared well and I am positive we can beat them at their home,’’ noted Ntuli.

Chippa United caretaker coach Kurt Lentjies says they must hit the ground running as they look to revive their campaign after a stuttering start.
Sport
2 weeks ago

The Pitso Mosimane gift road show is expected to arrive at Mamelodi Sundowns’ headquarters at Chloorkop on Thursday.
Sport
2 weeks ago

Sekhukhune United central defender Sello Motsepe dreams of getting a nomination for the defender of the season award and earning his first senior ...
Sport
2 weeks ago

Kaizer Chiefs utility attacker Bernard Parker believes Amakhosi can give Mamelodi Sundowns a dose of their own medicine for what they did to them in ...
Sport
2 weeks ago
Next Article