Keeper who lost his eyesight on duty must fight Marumo 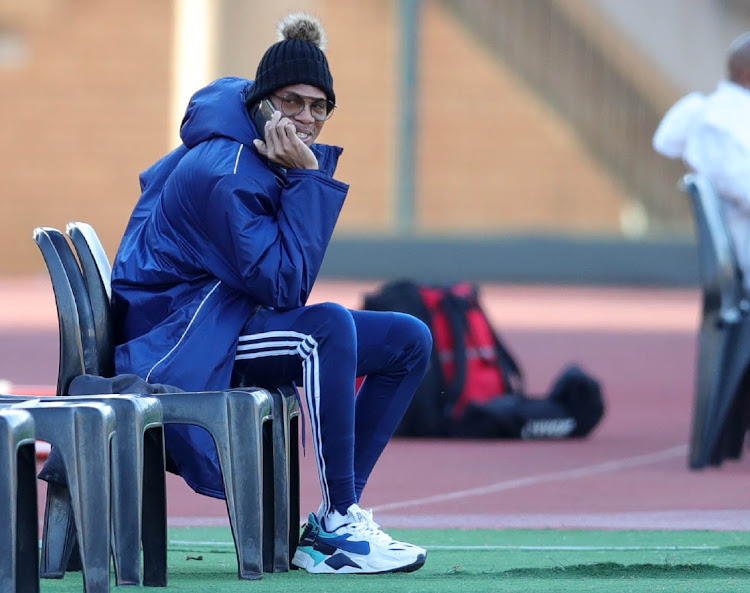 It has been nearly 18 months since Bidvest Wits’ PSL status was sold but the team that acquired it has brought nothing but shame to the domestic game.

First it was Tshakhuma Tsha Madzivhandila, under the ownership of one Masala Mulaudzi, who relocated Wits to Limpopo but failed to meet basic requirements to run a professional club. It came as little surprise that a few months later he relinquished the status, forced by untenable circumstances to sell to Abram Sello at the beginning of this year.

Sello kept the team in Limpopo and has since changed the club’s name to Marumo Gallants but has not been able to stem the flow of bad news, even after they surprisingly clinched the Nedbank Cup at the end of the previous campaign and are a step away from qualifying for the CAF Confederation Cup group phase.

This week we reported the sad story of the treatment meted out to Brighton Mhlongo, after his unfortunate training pitch accident in April, which effectively ended his career at the age of 30. Mhlongo, who is partially blind after a ball struck his left eye, still has one year left on his contract with Gallants but was shocked when they stopped paying him four months ago.

He was then hauled before a disciplinary committee, which “recommended that a sanction of dismissal would be appropriate under the circumstances”, to quote directly from the DC outcome dated November 9.

The verdict was reached despite Mhlongo pleading his case against the charges, which included misconduct and failing to report for duty. “He [underwent] an eye operation from July 22 until August 15. He reported for duty on August 17. He attended training and official matches. The club didn’t contact him to check on his whereabouts,” reads a paragraph from the document where Mhlongo testified in his own defence.

Mhlongo also provided evidence, including medical records and receipts, to strengthen his case. He had turned up at training but was barred from participating. His jersey number had already been reallocated. He attended club fixtures, and had video clips and pictures to prove it. To add insult to injury, he had a huge medical bill to foot from his own pocket, while receiving no salary despite being injured on duty.

Still, all that was not good enough for Marumo. They were hell-bent on dismissing him, even when they knew that due to his unfortunate loss of eyesight the prospects of finding employment elsewhere were slim. The audacity for Marumo to mistreat a player like this, in a supposedly professional set-up, is telling. They surely know it as a standard in the PSL, where players can be dismissed at a whim, via pre-empted outcomes of spurious DC hearings.

The truth is there are many more Brighton Mhlongos out there, left out in the cold by their employers, contracts terminated unilaterally and with no income to fight big-moneyed, egotistical club owners.

Mhlongo has sought legal advice regarding this situation. An example should be made of Marumo, who’ve hogged headlines for all the wrong reasons, including failing to fulfil a promise to pay bonuses to certain players after that surprise Nedbank Cup win in the winter.

All this happens while the PSL top brass watch from a distance, more than a year after they okayed the obviously absurd sale of one of the local league’s most stable clubs, Wits, from whom Mhlongo was sold as part of the deal. It reeks of ineptitude.

Mhlongo and Gallants on collision course

Brighton Mhlongo and Marumo Gallants are headed for a nasty fight after the club terminated the goalkeeper's contract this week after a career-ending ...
Sport
2 months ago