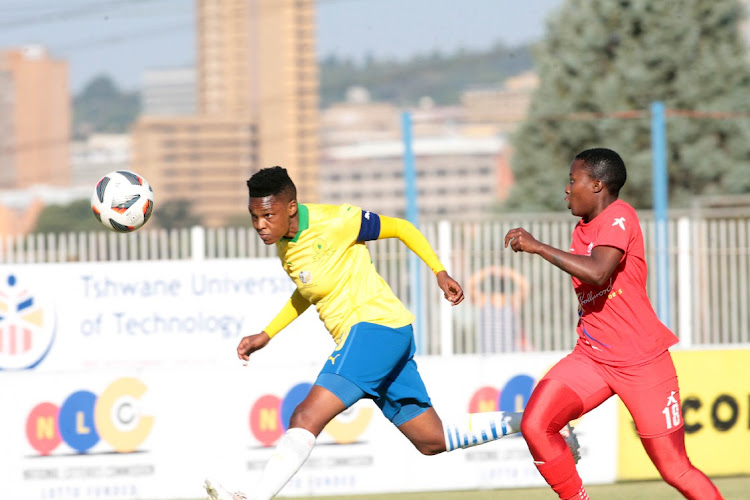 Mamelodi Sundowns Ladies mentor Jerry Tshabalala was left frustrated by his girls' overall display in the 1-0 win over Nigerian side Rivers Angels in their second CAF Women’s Champions League Group B tie at El Salam Stadium, Cairo, on Tuesday.

Having also managed to beat Vihiga Queens of Kenya by a solitary goal as well in their opening Group B match at the weekend, Sundowns are top of the pool with six points, needing to avoid a defeat in the last group match against Moroccan side AS FAR at 30 June Stadium in Cairo today (4pm).

Vihiga and FAR are tied on three points, separated by goal difference in the second and third place respectively. Rivers are pointless at the bottom. The top two finishers in both groups of four teams progress to the semifinals of the inaugural African championship for women football clubs.

Speaking after their slender victory over Rivers, the Tembisa-born Tshabalala didn’t hide his dissatisfaction at the manner they played, despite winning, underlining their solidness at the back was one of a few positives on the day. Skipper Zanele Nhlapho netted the single strike against the Nigerians.

“It wasn’t an easy game for us. Rivers is a big team… we know the players they’ve produced. We tried to play our game but it was difficult. I am not hundred percent happy with team’s performance,” said Tshabalala.

“If we are that solid as a defence, it’s one of the few positives the team can take out of this game against Rivers. Overall, three points is what we wanted and we got them. But I am worried we didn’t create a lot of chances."

Unlike her coach, midfielder Oratile Mokwena, who was voted the best player of the match, sounded rather content with their performance, though she pointed out that they struggled to create more opportunities to score.

“I am more than happy with the performance of the team. We have shown our overall organisation at the tournament thus far. We would have loved to score more goals, but our opponents showed their defensive robustness to keep us away from their box,” said Mokwena.

Mamelodi Sundowns' women's team will make a small piece of history when they open their tournament in the inaugural Women’s Champions League finals ...
Sport
7 months ago

Banyana Banyana sent a chilling warning to their rivals when they smashed 13 goals past a bemused Mozambique over two legs in the qualifiers of the ...
Sport
8 months ago

The Tshwane University of Technology (TUT) are showing signs of improvement after their slow start to their Hollywoodbets Super League campaign.
Sport
1 year ago
Next Article