Zim Warriors not in SA for holiday – Bunjira

Ex-international expects his compatriots to fight 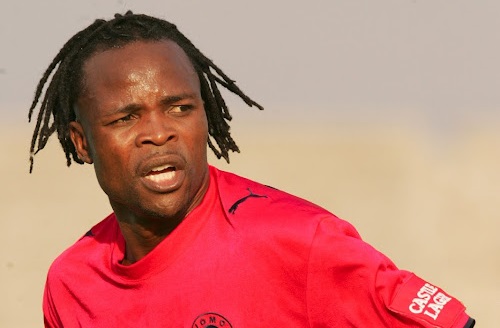 Retired Zimbabwe international Alois Bunjira is of the view that his nation won’t just allow Bafana Bafana to walk all over them, despite the fact that they’re already out of contention to win Group G of the 2022 World Cup qualifiers.

The Warriors have just managed one point, meaning alongside Ethiopia their two remaining games are dead rubbers. Ethiopia have three points. Even so, Bunjira feels his country won’t just give Bafana a free pass, highlighting they want to use this game to boost their rankings and prepare for next year’s Africa Cup of Nations (Afcon) in Cameroon.

“I think it is an important match for both countries and it will be tough. Although Zimbabwe are already out of contention, losing to South Africa has never been something Zimbabweans take lightly,” Bunjira told Sowetan yesterday.

“At stake are also the CAF and Fifa ranking points [they’re ranked 29th on the continent and 118th in the world]. Zimbabwe have a fairly new coach [in Norman Mapeza] and the players are also looking to impress him so that they book their ticket to the upcoming Afcon. So for me, I don't see this match as a dead rubber. This is going to be one tough match.”

Zimbabwe will be without injured duo of skipper Knowledge Musona and centre-back Teenage Radebe. The Warriors also didn’t include a number of experienced players like goalkeeper Washington Arubi and star striker Tino Kadewere in the squad to face Bafana and Ethiopia.

Nevertheless, the 46-year-old Bunjira, who played for local clubs like Bidvest Wits and Mamelodi Sundowns in his heyday, doesn’t see the absence of tried and tested troops as an advantage for Bafana.

“It's not an advantage at all. They called up very good youngsters who actually deserve to be in that team,” noted Bunjira.

Goal difference, not head-to-head, will come into play, should Bafana and Ghana end up tied on points.

Clash with Warriors the most important for Broos

Bafana Bafana tactician Hugo Broos appears to be regarding tonight’s 2022 World Cup qualifier against Zimbabwe as the most important match for him ...
Sport
2 months ago

For Broos’ young Bafana, reaching final World Cup qualifying round would be a victory on its own

Bafana Bafana may not qualify for the 2022 World Cup and then again, if they progress through the group stages to the final playoff round a young ...
Sport
2 months ago

Bafana and Chiefs star Dolly: I needed to leave my comfort zone and grow up

Bafana Bafana and Kaizer Chiefs striker Keagan Dolly says the years he spent overseas have helped him become a complete player, comfortable in any ...
Sport
2 months ago

Former Zimbabwean captains Edelbert Dinha and Kaitano Tembo have said that the Warriors will have a lot to play for when they take on Bafana Bafana ...
Sport
2 months ago
Next Article