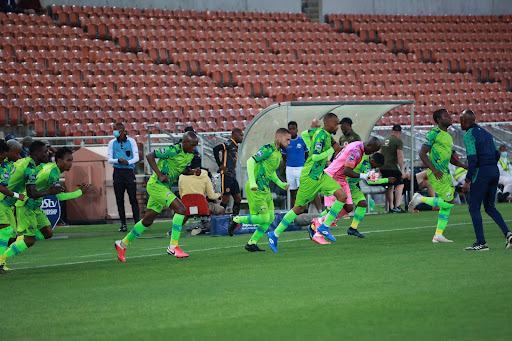 Marumo Gallants are finding it hard in the DStv Premiership but they are cruising in the Diski Challenge Rewired reserve league.

After four rounds of matches, the Limpopo-based outfit are at the top of the reserve league log with nine points. They recorded an emphatic 3-1 victory over Royal AM in Polokwane at the weekend.

The senior team is second from the bottom in the Premiership from nine matches. However, the reserve team are enjoying themselves and lead the way on goal difference ahead of Baroka and Pirates in second and third place, level on nine points in a tight race for the reserve league championship.

Gallants have scored nine goals in four matches and things are looking good for them.

Champions AmaZulu are struggling in their title defence, as they are rock bottom with one point from four matches, while last season’s beaten finalists Mamelodi Sundowns are in fifth place with seven points.

Kaizer Chiefs, who lost in the semifinal last season, have also been inconsistent, with two wins and two losses.

Holders Usuthu started their season with a 1-1 draw against Arrows in the KwaZulu-Natal derby but lost three matches against Baroka, Sundowns and Royal AM. Coach Siboniso Vilakazi had finished his debut season unbeaten.

To say that Maritzburg United coach Ernst Middendorp is furious with his team’s defence is an understatement.
Sport
3 weeks ago

The Premier Soccer League will throw the book at Royal AM after their latest stunt of handing out cash bonuses to players on the field after their ...
Sport
3 weeks ago
Next Article