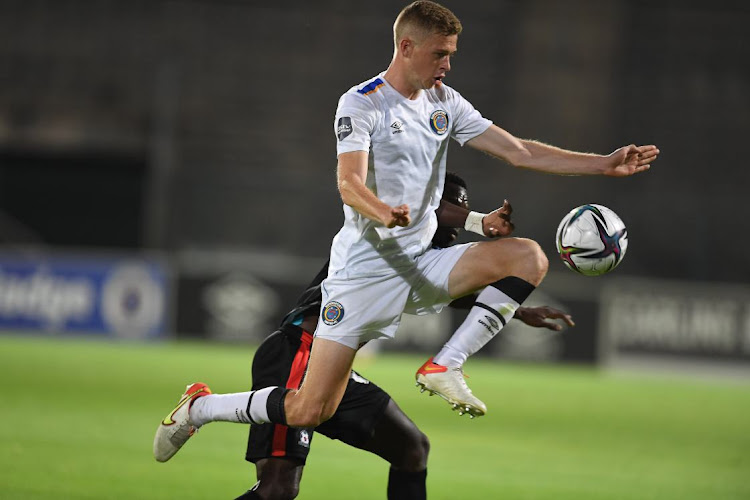 Jesse Donn of SuperSport United has been roped into the Bafana Bafana squad that will face Ethiopia.
Image: Lefty Shivambu

Orlando Pirates midfielder Goodman Mosele has failed to report for Bafana Bafana camp to prepare for the 2022 Fifa World Cup Qatar back-to-back qualifiers against Ethiopia on Saturday and next Tuesday.

Mosele has been replaced by SuperSport United midfielder Jesse Donn, who joined the team immediately.

Hugo Broos, who is looking for six points against Ethiopia, was also forced to make another change after Mamelodi Sundowns defender Mosa Lebusa withdrew after failing to recover in time from a muscle injury.

Lebusa was replaced by another SuperSport player, Luke Fleurs. According to Broos, Mosele could not be reached for comment as he didn’t pitch for camp.

“Sadly, Goodman has absconded, we have tried reaching him to no avail and this is extremely disappointing," Broos told Safa media. "We are very happy that Jesse Donn has heeded the call and reported for duty almost immediately.”

"This is unfortunate. Lebusa was assessed on the first day [Sunday] of camp and he has been nursing an injury that he had hoped would heal before reporting for national duty," Bafana team doctor Tshepo Molobi said.

"The nature of his injury is that of a right quad strain and we would rather not risk further, hence he has been released from camp, back into the care of his club, Mamelodi Sundowns. We are taking the safer approach as we do not want to see Mosa being sidelined for longer than is necessary with this type of injury.”

Fans who have already been vaccinated will watch the match next week at FNB Stadium. This follows after health minister Joe Phaahla welcomed Safa’s recommendation for the return of spectators.

The announcement will be made at a joint press conference between the ministry of health and Safa on Friday in Pretoria.

The Premier Soccer League will throw the book at Royal AM after their latest stunt of handing out cash bonuses to players on the field after their ...
Sport
1 week ago

Kaizer Chiefs coach Stuart Baxter has explained the reasons behind the decision to play Njabulo Ngcobo in a defensive midfield role.
Sport
1 week ago

Goodman Mosele is out of the Bafana Bafana squad to face Ethiopia in crucial back to back qualifiers for the 2022 Qatar Fifa World Cup next week ...
Sport
1 week ago

Health minister Joe Phaahla has welcomed the SA Football Association’s recommendation for the return of spectators to stadiums and has asked the two ...
Sport
1 week ago
Next Article