Pietersen urges Chippa to go for win against high-flying Stellenbosch 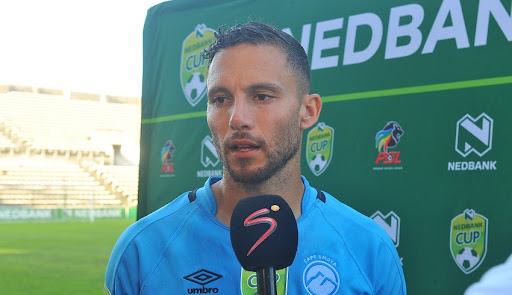 Chippa United defender Roscoe Pietersen has urged his teammates to go for a win against high-flying Stellenbosch on Saturday as the Gqeberha outfit seeks their second win of the season at Danie Craven Stadium.

Pietersen said Chippa have to put their disappointing 3-1 home loss against Orlando Pirates in their last game behind them and focus on beating Stellies.

“The mood in the camp has been good. We are trying to put the [Pirates] result behind us,” the defender said.

“We play to win. We all have to realise what it takes to be a good team and just to keep on moving forward.

“We have to put in extra effort at training — that's all we can control right now.”

Chippa have claimed four points from four league matches this season. Pietersen said United have looked to regroup after the Pirates defeat.

“The week has been good. Everybody has been putting in effort, the guys are looking good for the next game,” Pietersen said.

“The coach [Gavin Hunt] has advised us that we should look at our efforts and pull together more as a team. All we have to do is to fight until the last whistle.

“It's very important to get maximum points and also try to keep a clean sheet.”

Chippa coach Hunt said he feels his side need to be tighter at the back and avoid conceding soft goals.

“Defending has been the problem of the club for years and we need to be little bit tougher at the back. We need to defend according to the principles that we put in place,” Hunt said.

“The approach against Stellies is going to be the same and defensively we have got to tighten a bit.

“We’re not going to score [lots of] goals. We don’t have [the means], so we’ve got to keep clean sheets so that we can win games.”