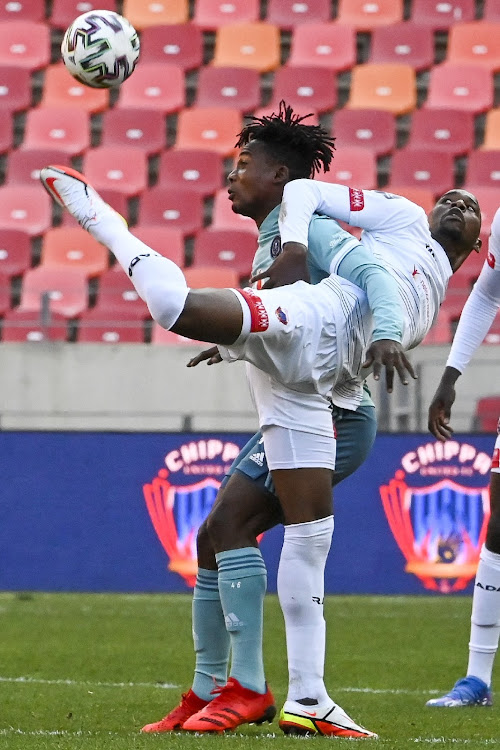 Orlando Pirates players who didn’t start in the 3-1 thumping of Chippa United at the weekend will find it difficult to break into the starting 11, unless the ones who started get injured.

This is the suggestion of the club’s mentor Mandla Ncikazi.

Pirates came from a goal down to claim maximum points at the Nelson Mandela Bay Stadium, courtesy of goals from Tshegofatso Mabasa, Abel Mabaso and Goodman Mosele. The hosts had taken the lead via Phakamani Mahlambi early in the first half.

“We want to be consistent but sometimes injuries force us into situations that we don’t want to be in. Pirates have been very unlucky with injuries lately.”

Ncikazi was also delighted to see Mabasa getting on the score sheet for the second game in a row, having netted the solitary goal that saw them beat Swallows the previous weekend. The Buccaneers coach disclosed the striker will start the next outing, which is against Mamelodi Sundowns, at home on Saturday.

“I am happy for Mabasa for playing two games and scoring in both games. More is to come from him. Without jumping the gun, I think he should start the next match,’’ said Ncikazi.

Ncikazi feels their game against Chippa reflected on the progress they’ve been making, praising his charges for their fighting spirit. The Pirates trainer said it all started from training.

“There’s growth in the team. It is very minimal in the eyes of the other people but in our eyes it's growth. The match is a mirror of training. What I saw today, especially the fighting spirit, I had seen at training midweek. We prophesied that if the team is this united, we will win.”

MaMkhize: Royal ‘in no rush’ to compete with Chiefs, Pirates and Sundowns

KwaZulu-Natal businesswoman and Royal AM owner Shauwn Mkhize says her football club is not in the DStv Premier League to compete with the likes of ...
Sport
10 months ago

Orlando Pirates come from behind to beat Chippa United

Tshegofatso Mabasa, Goodman Mosele and Abel Mabaso helped Orlando Pirates maintain a promising turn towards form in the DStv Premiership as they ...
Sport
10 months ago
Next Article