We knew Chiefs would give us chances to score, says Royal coach Maduka after shock win 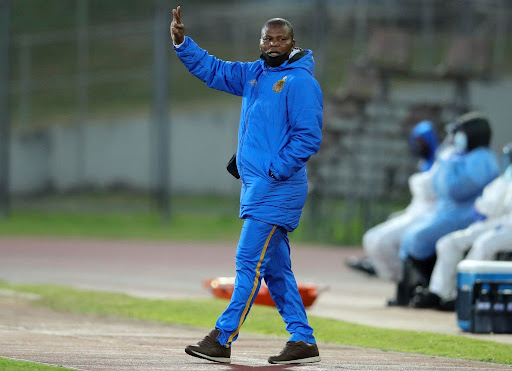 Royal AM coach John Maduka said having a lead enabled his team to tighten up at the back and ramp up the pressure on Kaizer Chiefs as the Durban team humbled Amakhosi 4-1 in their DStv Premiership match at FNB Stadium on Saturday.

Maduka admitted Royal were stretched by Chiefs' crisp movement early on. But after Amakhosi came out slugging and failed to score, and lost steam, Victor Letsoalo's 34th-minute strike profiting from looseness at the back by the Johannesburg team handed Royal the leverage to increasingly pressurise the home side.

Chiefs had chances to equalise, but did not take them, and Letsoalo's 66th-minute second from a well-struck free-kick ramped up the pressure on Amakhosi, and left the Soweto giants chasing the game.

"We started the game very slow, though we had the first chance when Victor Letsoalo hit the post," Maduka said afterwards.

"But we started slowly, we could not get passes together. It took us long to play the game we wanted. After that we got a goal, and were getting better and better as the game progressed.

"In the second half we had the same because, as much as there were chances for both teams, we tried to make sure we defended better.  I think we did defend better. We knew if we did that Chiefs would give us chances to score.

"On the day we made use of our chances, and became victorious."

Chiefs pulled one back through Sifiso Hlanti's deflected free-kick in the 74th, but two minutes later Zukile Mkhize's cross cannoned off the legs of Amakhosi substitute Sibusiso Mabiliso for an own goal.

Chiefs ended in disarray and Royal strolled in a fourth in the 95th via substitute Mfundo Thikazi's finish.