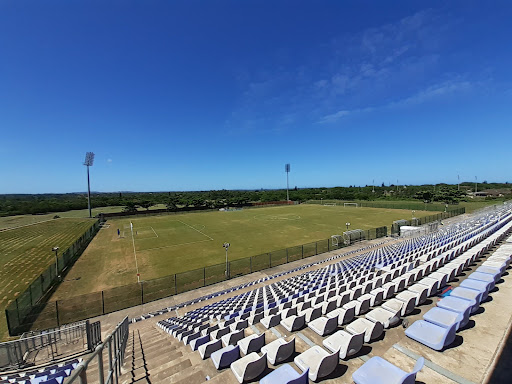 Richards Bay FC have been banned from using their Richards Bay Stadium home ground for two years by a Premier Soccer League (PSL) disciplinary committee (DC), but the club are confident required repairs can be done speedily for a return much sooner than that.

TimesLIVE is informed that the prohibition, handed down this week, can be lifted immediately if the club and the Richards Bay municipality meet certain requirements bringing the stadium, part of the city’s uMhlathuze Sport Complex, back to PSL standard.

Issues concerning the stadium have been ongoing for about a year, with back-and-forths between the PSL's football department that inspects grounds and the club, as a result of match commissioners' reports on game days.

Most pressing were reports of power cables running through water on the floor in the main stand.

Being locked out of their home ground is a blow for Richards Bay, as it means the northern KwaZulu-Natal club will have to travel 170km south to Durban for their home matches until the issue is resolved.

Richards Bay chairman Sifiso Biyela said the city's municipality has committed to fixing issues at the stadium over six months, but said he believes the most pressing problems can be resolved within a month.

“It's obviously unfortunate, but what is good is that we are working around the clock with the municipality to fix the problems, so hopefully we'll be back at the stadium,” Biyela said.

“The problem has been every situation has its own budget. The issue was that there was rain that destroyed part of the stadium, and that wasn't budgeted for. So now the municipality has managed to identify the budget for it.

“The long-term will be about six months, but we are confident that within 30 days the requirements to return can be fulfilled.”

Richards Bay finished third in the GladAfrica Championship in 2020-21 to compete in the promotion-relegation playoffs, where Royal AM, fighting a legal battle to be reinstated as First Division champions, boycotted their matches and Chippa United preserved their Premier Division status.

Richards Bay’s home match against Black Leopards on Friday will be played at King Zwelithini Stadium in Umlazi, just south of Durban.