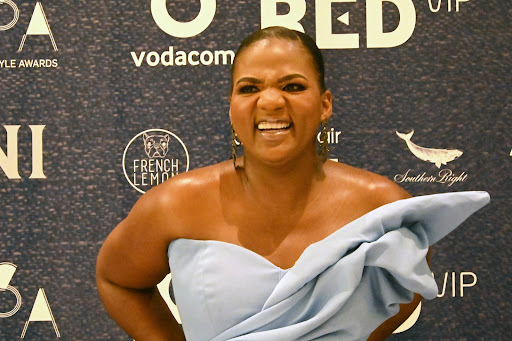 Royal AM owner Shauwn Mkhize has been charged with bringing the Premier Soccer League (PSL) into disrepute for making alleged racist and sexist says regarding high court judge Roland Sutherland in a video on social media.

TimesLIVE has been informed that a date has been set for Tuesday, September 28 for the PSL disciplinary committee (DC) hearing into the issue, related to Mkhize questioning if a ruling by Sutherland was being honoured “because he's a white man”.

The says were made in the midst of the court battle Royal waged to be reinstated as GladAfrica Championship winners after they were displaced to the playoffs at the end of the 2020-21 season by an arbitration award of three points to Sekhukhune United.

South Gauteng High Court deputy judge president Sutherland dismissed a review of the arbitration, and then dismissed an application for leave to appeal.

Durban businesswoman Mkhize's video — seemingly slickly put together by a production company, and which went viral in June — was aimed at explaining why Royal would not honour their promotion-relegation playoff matches.

“From where I am sitting, why was Judge Sutherland's ruling respected? Is it because he's a white man?” Mkhize asks in the video.

“And why is Judge Nyathi's ruling not being respected? Nyathi has ruled, and his ruling is very clear.

“If you look into [law firm] Webber Wentzel's letter to us, they are quoting it. Here it is guys — maybe look at it yourselves. Maybe there's something I can't see guys, maybe I'm blind, but his [Nyathi's] ruling is very clear.

'I REFUSE TO BE BULLIED'

Royal AM boss Shauwn Mkhize says she's a law abiding citizen and that's why her team won't show up for their #PlayOffs clash against Chippa United tomorrow.

“Guys, I refuse to be bullied, especially about something that is so crucial. I am a law-abiding citizen and I don't want to be arrested. And I can't go and do something that I know is in contempt.

The interdict Mkhize refers to was by high court judge AJ Nyathi, halting the playoffs progressing until AM's leave to appeal against Sutherland's decision was heard.

Royal, who then applied to take the case to the Supreme Court of Appeal and the Constitutional Court, interpreted the interdict as applying for those processes.

The PSL interpreted the interdict as falling away once Sutherland dismissed it on June 18, and the playoffs proceeded.

Royal did not honour their four playoff matches, and were found guilty on all charges, and fined R4m, of which R2.8m was suspended, and 12 points deducted, which was also suspended for a year.

Having failed in their court bid, Royal did reach the DStv Premiership by buying the status of  Bloemfontein Celtic last month.

Royal CEO Sinky Mnisi was reached on his cellphone, but declined to comment.